In our previous article on Magic: The Gathering’s plane of Zendikar, we reviewed the early adventures that took place in Zendikar in anticipation of next month’s new set release, Zendikar Rising.

This week, we continue to delve even deeper into Zendikar’s rich lore with a look at two additional sets that continued the Zendikar story: Battle for Zendikar and Oath of the Gatewatch. 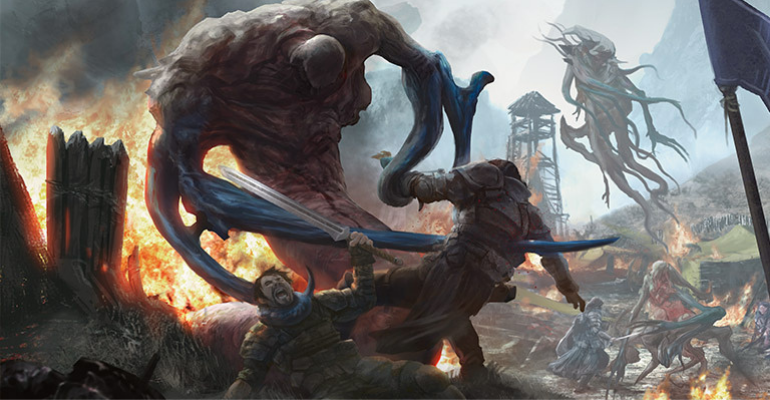 On October 2nd, 2015, nearly five years after the Rise of the Eldrazi set was released, Planeswalkers once again returned to the land of Zendikar.

Continuing where the story left off, we find the land fighting for its very survival after the catastrophic decision made by the Planeswalker Nissa Revane to set the Eldrazi free in the hope they would leave Zendikar to find another plane to prey on.

Two years in multiverse time have passed and the forces of the Eldrazi titan Ulamog continue their rampage. The continents of Sejiri and Bala Ged have already fallen to corruption and the armies of the once-proud city of Sea Gate are now in full retreat. 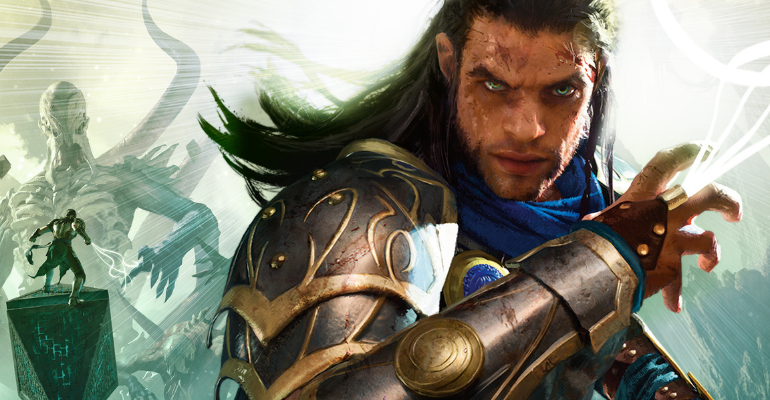 There remains hope, however. The Planeswalker Gideon Jura has taken command of the armies that remain. With the help of allies including the Planeswalkers Kiora, Nissa, and Jace Beleren, Gideon is able to attract more and more forces across Zendikar under his banner, including the vampires of Malakir, Kor, Goblins, and the Roil Mages of Noyan Dar. Even the land itself fights against the Eldrazi advance in the form of the Roil: a unique manifestation of mana found only in Zendikar, in which the very land reshapes and upheaves itself.

With his assembled army, Gideon was able to retake Sea Gate, striking an important victory against the forces of the Eldrazi. But this victory would be short-lived, for the titan Ulamog itself was quickly approaching.

The Oath of the Gatewatch 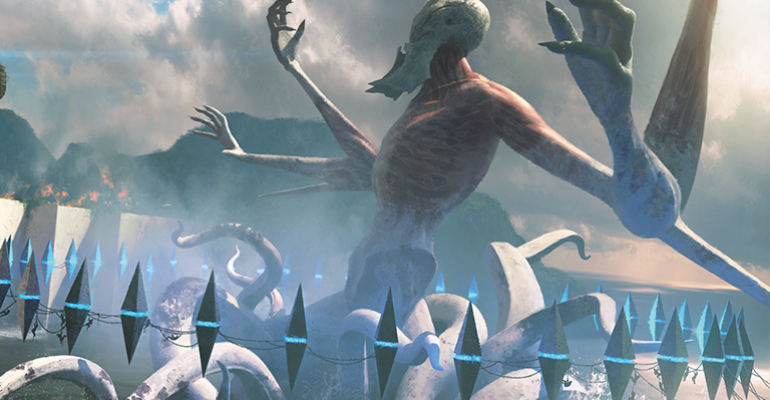 With the city of Sea Gate once again under assault, the Planeswalkers had to act quickly. Hoping to ensnare Ulamog in the Hedron network that once imprisoned it, Jace Beleren and Nissa Revane carry out a plan that succeeds in trapping the titan.

Immobilized, Ulamog neared defeat, until the Planeswalker Ob Nixilis suddenly appeared, shattering the Hedron network and absorbing its power into himself to reignite his once-diminished spark. Ulamog was free once again and Ob Nixilis summoned forth the second Eldrazi titan Kozilek.

The forces of Zendikar were quickly scattered and once again in full retreat. 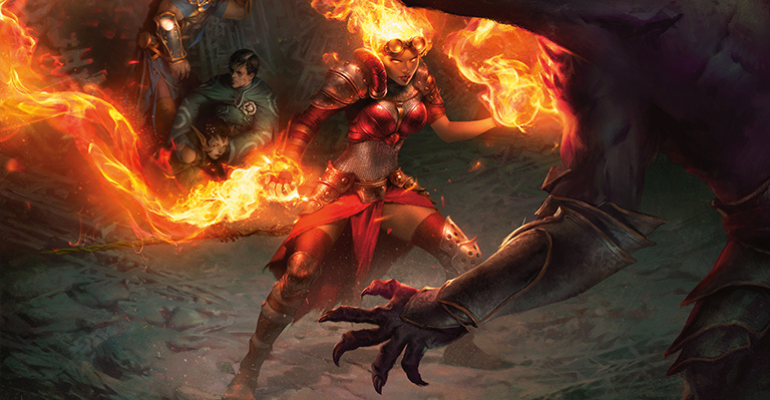 Meanwhile, the Planeswalker Chandra Nalaar, feeling guilty about not helping her friends earlier, finally travelled to Zendikar to join the fight, only to find the landscape in complete disarray. She quickly freed her friends from the clutches of Ob Nixilis, and with their efforts combined, they succeeded in driving Nixilis from Zendikar.

Regrouped, the Planeswalkers vowed to continue fighting against the Eldrazi throughout the Multiverse, taking the Oath of the Gatewatch.

In one final effort, another plan was devised to defeat Ulamog and Kozilek. They would use the very land of Zendikar itself and all of the vast mana stored within it. 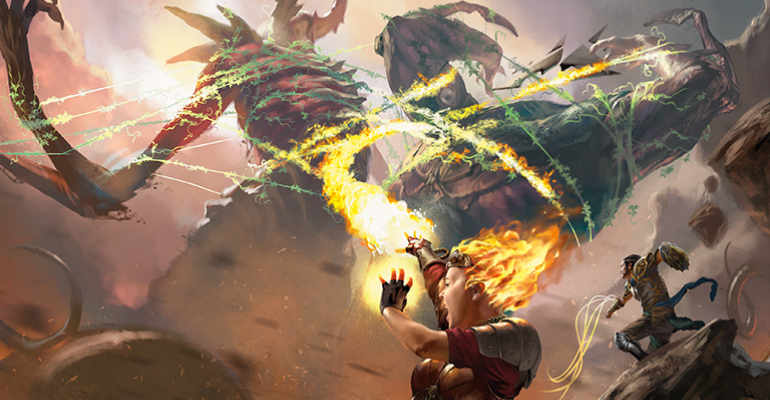 Nissa Revane, Jace Beleren and Chandra Nalaar merged their power to make one single monumental attack channelled through Chandra, while Gideon and the remaining forces of Zendikar acted as bait to distract the Eldrazi titans. In a blaze of glory, an unfathomable amount of mana was unleashed, incinerating the parts of the titans that had manifested in Zendikar and sending them back to the Blind Eternities, hopefully for good. 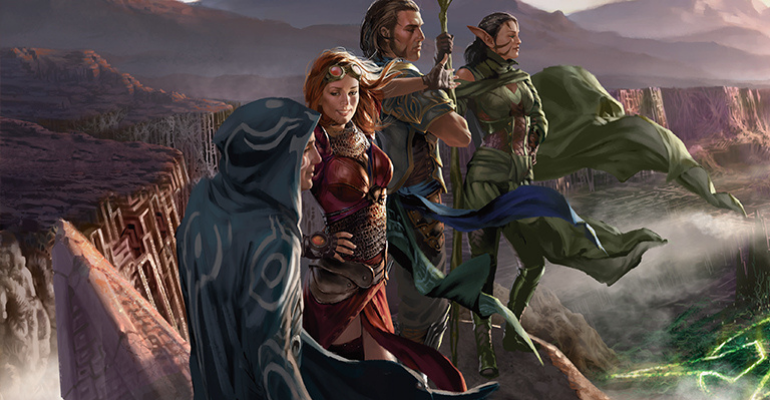 With the titans gone, the people of Zendikar were left to purge the Eldrazi drones that remained. Zendikar was left a land of ash and ruin. But all is not lost, for Zendikar remains a plane notable for its rich amount of mana. Much work would be needed, but one day Zendikar could be returned to its previous glory. 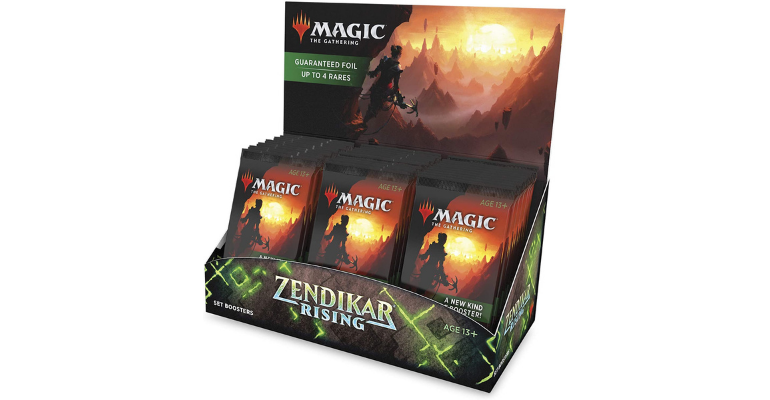 Next month, Magic: The Gathering returns to Zendikar in the new set Zendikar Rising with new cards focusing on the adventure and discovery that the Plane is best known for. Word is that the Eldrazi will not be featured in the set, suggesting that they remain banished from the plane. It remains unknown what new threats will emerge for the heroes to face.

In our next Magic: The Gathering blog post, we’ll take a closer look at what’s inside Zendikar Rising and what Wizards of the Coast has revealed so far.

Zendikar Rising pre-orders are currently available for the following products:

What aspect of Zendikar interests you the most? Let us know in the comments, and as always, thanks for reading!