The next Magic: The Gathering set releases in just over a month and has us returning to one of the most popular and iconic planes in the Multiverse: Zendikar. Zendikar Rising will have players returning to the plane’s roots of adventure and exploration, with many new twists and surprises lying in wait. 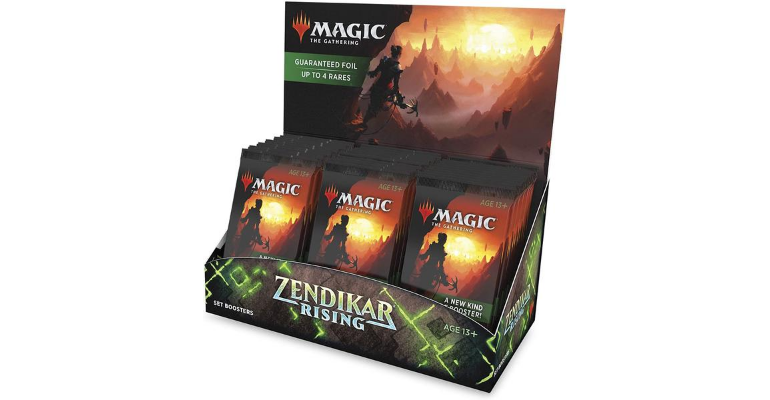 In anticipation of this set’s release, we will be releasing a series of posts exploring the roots and the history of Zendikar, what present day Zendikar looks like, and how this plane will be presented in Zendikar Rising. 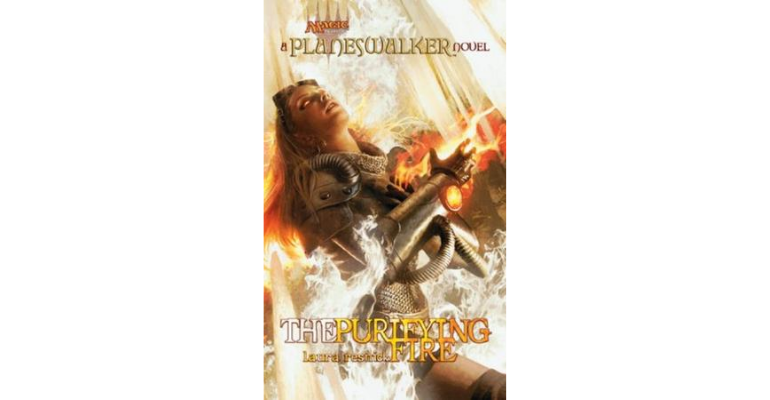 The plane of Zendikar was first alluded to in the Planeswalker novel The Purifying Fire, which was released in July 2009 and follows the story of Chandra Nalaar.

A few months later, Zendikar itself came into the spotlight with the release of the Zandikar set, which gave players the chance to use cards from the Zandikar plane for the first time. It was Magic: The Gathering’s fifteenth set and contained 249 cards, making it a large set by Magic: The Gathering standards.. With a focus on exploration, the set featured powerful lands and land interactions. The highly-coveted Fetch Lands (which have skyrocketed in price over the years) are a prime example of the powerful land-based cards included within the set. 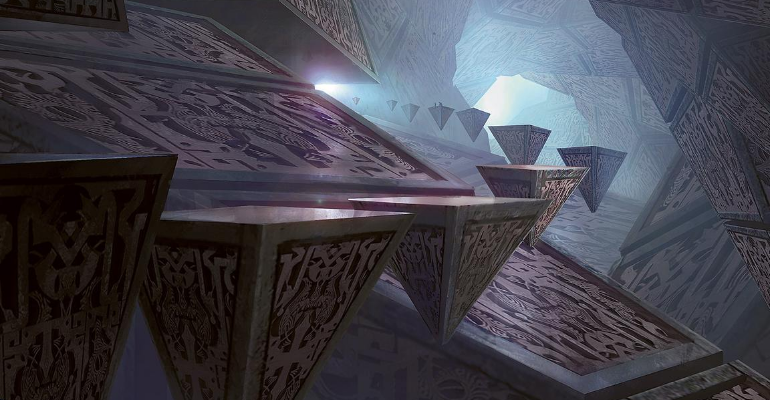 Another theme of Zendikar was treasure hunting, which is what attracted so many Planeswalkers from around the multiverse to the plane itself and was highlighted through the Priceless Treasures bonus that Wizards of the Coast included in the set. Priceless Treasures were a set of valuable rare and hard to acquire vintage cards that were inserted randomly into the first print run of Zendikar, including some “Reserve List” cards, the entirety of which can be found here. 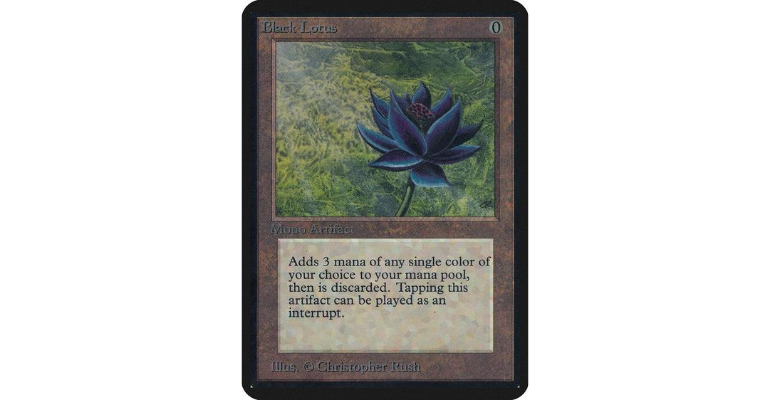 This included what many believe to be the most powerful card ever printed in Magic: The Gathering’s history: the Black Lotus. Also included were other pieces of the Power Nine. Since these were already printed cards and were only reinserted into the set randomly, it did not break Wizards of the Coast’s promise to never reprint cards on the Reserve List.

Following on the heels of the Zendikar set came Worldwake and Rise of the Eldrazi, two expansion sets that continued to build on the new mechanics. These sets also gave rise to the Eldrazi, one of the most formidable threats the Multiverse has ever faced. 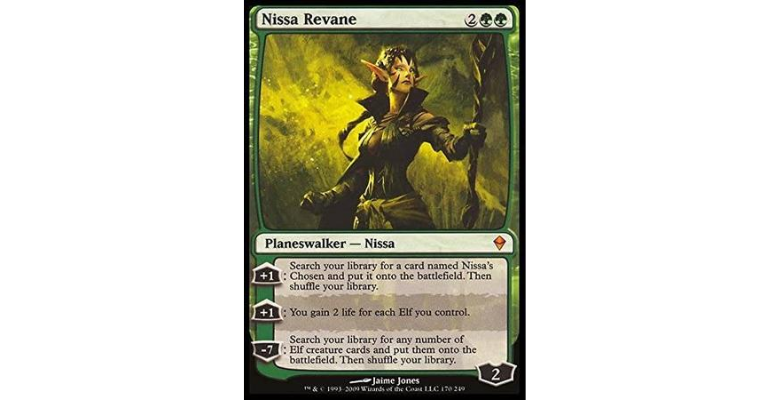 The introduction of Zendikar also gave rise to Nissa Revane, a new Planeswalker who was initially described as having a deep-seated hatred of vampires, a fear of snakes, and a love for flowers.

Nissa Revane was a member of the Joraga elf tribe, born in the jungles of Bala Ged on Zendikar. She believed that elves were the pinnacle race within the Multiverse.

This belief would later change as Magic: The Gathering evolved and Nissa evolved along with it, becoming more accepting of other races and deciding to protect the land for all who peacefully lived within it.

Nissa Revane’s Planeswalker Spark ignited when she discovered a secret that would forever change the course of Magic: The Gathering’s history: the Eldrazi, a race imprisoned within Zendikar.

Rise of the Eldrazi 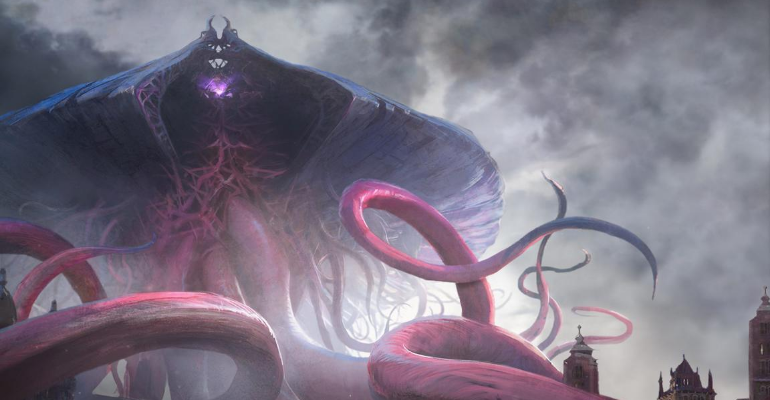 Following on the heels of the Worldwake expansion set, The Rise of the Eldrazi set was released on April 23rd, 2010.

This set introduced the Eldrazi, an ancient race that are native to the Blind Eternities, the space between Planes that Planeswalkers travel through when going from one world to the other. The Blind Eternities are a mysterious realm filled with chaotic Aether and Mana, and very little is known about it.

The Eldrazi themselves are immensely powerful beings that call this space home. They have an insatiable appetite for mana, travelling from one plane to the next, devouring everything in their path until they have completely drained a plane of its mana.

Millennia ago, three of these Eldrazi were lured and captured on Zendikar by three of the most powerful Planeswalkers: Sorin Markov, Ugin, and Nahiri. These Eldrazi “titans” were known as Emrakul, Ulamog, and Kozilek.

For countless eons, these titans were imprisoned on Zendikar until their bonds began to weaken over time. Mercifully, Nahari as able to stop the titans before they broke free, helping keep them imprisoned for a few thousand years more.

In Rise of the Eldrazi, the titans threatened to break free again, and it was Sorin’s turn to stop to them, finding aid in the young Planeswalker Nissa Revane.

Sadly, their plans would take a catastrophic turn for Zendikar, as Nissa betrayed Sorin. Rather than going along with his plan to continue imprisoning the Eldrazi on Zendikar, Nissa shattered the main Hedron which held them captive, hoping they would flee to attack other plane and leave hers alone.

Much to the dismay of all who called Zendikar home, she was wrong, and Sorin was forced to abandon Zendikar to help protect his own plane, Innistrad.

Zendikar is a plane with a deep history that has spanned numerous sets, all of which have added to Magic: The Gathering lore in exciting and meaningful ways.

Stay tuned for part two on our journey into the origins of Zendikar, where we will look at the Battle for Zendikar, the rise of the Gatewatch, and much more. And for the latest information on the release of Zandikar Rising, make sure you subscribe to our e-newsletter and social media (Instagram, Facebook, Twitter)!

What excites you about returning to the plane of Zendikar? Let us know in the comments, and as always, thanks for reading!