Without a doubt, Pokémon’s latest set Champion’s Path is one of the most popular set that we have seen in years. This set is flying off the shelves and rapidly going out of stock wherever it appears, even at its premium-level prices.

Like other previous premium expansion Pokémon sets, Champion’s Path was expected to be popular. The amount of demand that we are now seeing for anything related to the Champion’s Path product line, however, is truly unprecedented.

But why exactly are Pokémon fans going bonkers for this set? 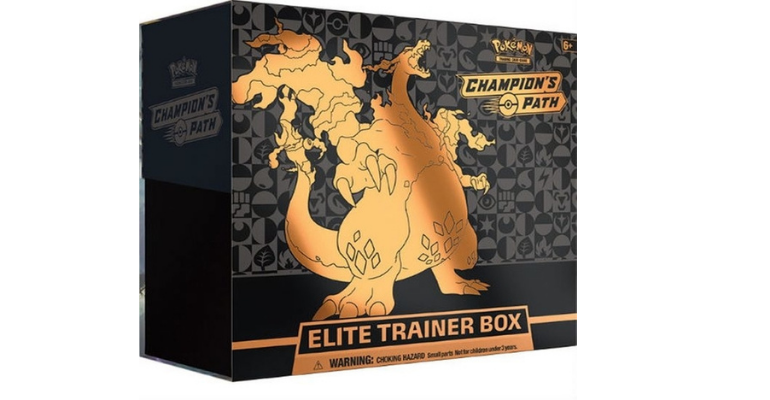 First and foremost, Champion’s Path is the latest in a series of other premium expansion sets, such as Hidden Fates, Dragon Majesty, and Shining Legends. All of these sets were in-demand upon release and are now hard to acquire, as they were only released for a limited period of time and in fewer quantity than standard sets.

In addition to this, booster packs for premium sets cannot be bought individually. They can only be found in sealed Pokémon products, such as Pin Collections or Elite Trainer Boxes. The difficulty of obtaining cards from these sets has pushed each card’s value upwards and now you can only find the high-value cards at unusually high prices on the secondary market.

Knowing this, players and collectors have wasted little time trying to acquire Champion’s Path products, helping this set sell out almost everywhere in less than a week and making it one of the fastest-selling expansion sets ever! 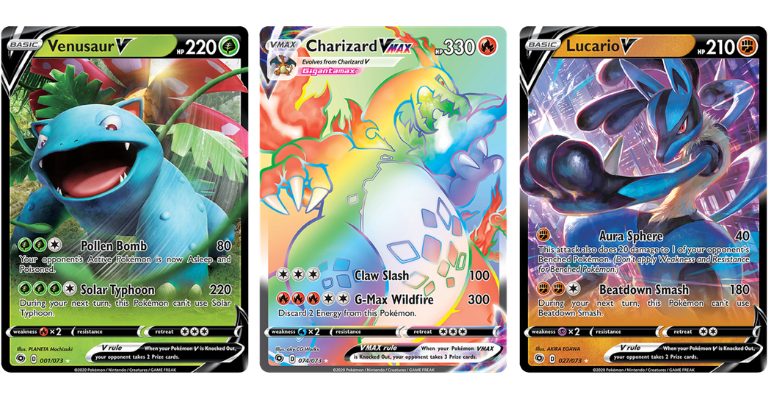 As well as the general popularity of premium expansion sets, the fact of the matter is Champion’s Path is full of high-quality and highly-desired cards. Cards such as Venusaur V, Lucario V, and of course the Rainbow Holo Charizard VMAX are just a few of the amazing cards that can be pulled in the Champion’s Path set, along with many others that have collectors going absolutely wild.

Yet, even though these cards are truly stunning, there is one card above all others that is making this set so hard to find… 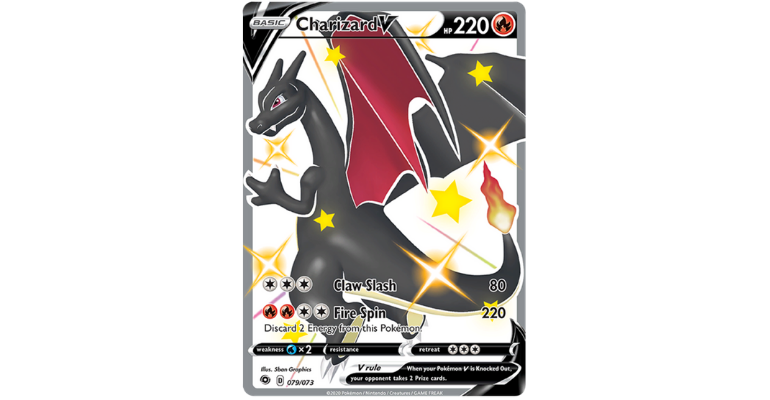 When collectors get a Champion’s Path product in their hands, no matter what it may be, they are looking for one card above all others: the Secret Rare Shiny Charizard V card. This card is considered the holy grail of the set, and being a Secret Rare, it is no easy card to pull.

Although there have been many desirable Secret Rares in recent history, the Shiny Charizard 079/073 Secret Rare card from Champion’s Path truly stands in a league of its own. Upon initial release, sellers on the secondary market were receiving over $1600 Canadian for their one copy of the Shiny Charizard Secret Rare, making it one of the most valuable cards in Pokémon’s modern history. This is a truly stunning price tag for a newly-released card and is typically reserved for graded 1st edition Base Set Rare Holos, the oldest cards in the game’s history.

Undoubtedly this huge price tag is partly from the initial excitement over the release and likely will not hold in the long-term. Already we are starting to see it sell at a much lower price, as low as the $700 CAD range. That said, $700 is still a massive figure for a newly-released Secret Rare. Where the price will eventually settle is anyone’s guess, but Charizard remains one of the most popular and powerful Pokémon, making this particular card likely to retain strong value as the years pass by.

While Champion’s Path set is sold out almost everywhere, fear not! There is a second wave coming. We will be receiving a restock of Champion’s Path Elite Trainer Boxes at the end of October, so if you’re interested we encourage you to join our waiting list, as we anticipate that these second wave boxes to sell quickly.

Over the next few months, a number of additional Champion’s Path products will be released and we expect those to be just as popular as this first wave of products. You can get the latest information on our newest releases by subscribing to our e-newsletter and social media (Instagram, Facebook, Twitter).

What do you think of Pokémon premium expansion sets like Champion’s Path? Let us know in the comments and, as always, thanks for reading!