In today’s article we are going to explore one of the latest products to be released in the ever popular Pokémon Trading Card Game franchise, the Polteageist V Collection Box. 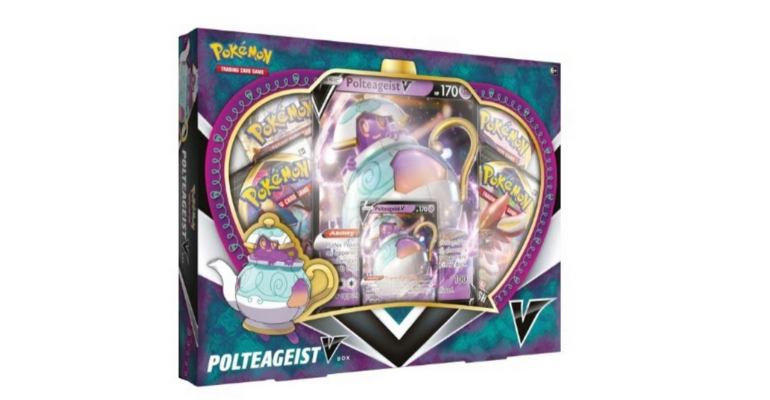 We’ll look at what exactly is contained within each Polteageist V Collection Box, while at the same time explore the key card, its mechanics, and how best to use it in your next brew.

So without further ado, let’s get started!

What Booster Packs are Inside a Polteageist V Collection Box?

This is a question that shows up all the time, as people rightfully want to know exactly which booster packs they are going to get when they buy a Pokémon Trading Card Game collection box.

Often the promotion material on a collection box can make it intentionally hard to tell which packs it comes with. Sometimes it even shows different packs than what is actually inside. But you can rest assured that the type of packs that are included in these collection boxes are not random. You’ll always get the same kinds of packs, regardless of which collection box you pick from the shelf. 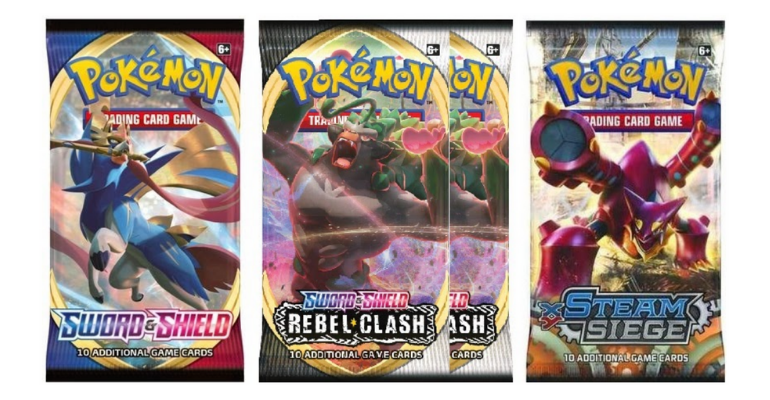 In the case of the Polteageist V Collection Box, you will receive four booster packs, with the mix being as follows:

In addition to this, you will receive one Sword & Shield base set booster pack and one XY Steam Siege booster pack, the latter of which is rapidly becoming a very old set and is now meant to be played in the “Expanded” format. 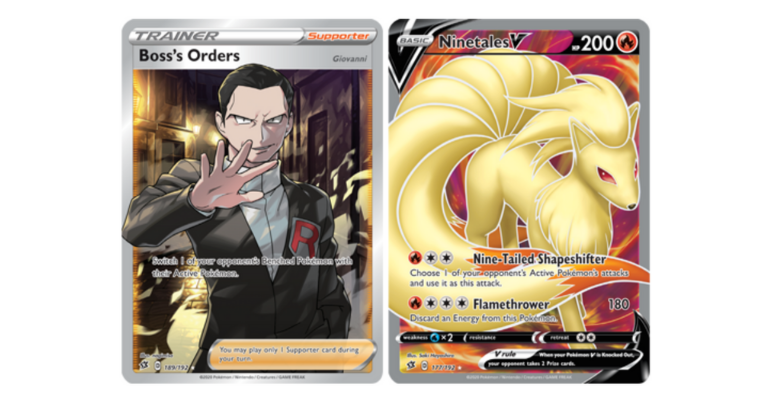 Two of the rarest hits that you can hope to pull from your Sword & Shield Rebel Clash booster packs are a Full Art “Boss’s Orders”, which features artwork showcasing Team Rocket’s infamous leader, Giovanni, and the ever popular Nintetales, which has its first-ever powered-up VMax printing.

Next up is the Pokémon the collection box is themed after: Polteageist V.  When purchasing this collection box, you will receive both a regular and jumbo version of the card.

This Black Star Promo Rare card presents Polteageist in a VMax form, which is a relatively new mechanic that many collectors and players have quickly come to love.

Polteageist V has a low amount of HP for a VMax Pokémon, starting at only 170 HP. What this Pokémon lacks in toughness, however, it more than makes up for in annoyance. The ability “Teapot of Surprises” forces your opponent to take a card from their hand and put it at the bottom of their deck if they attack Polteageist V, while the “Mind Bend” attack does 100 damage and leaves your opponent’s Pokémon confused.

While Polteageist V probably isn’t going to take home any first place tournaments anytime soon, it remains a fun card you can use to frustrate your opponents. 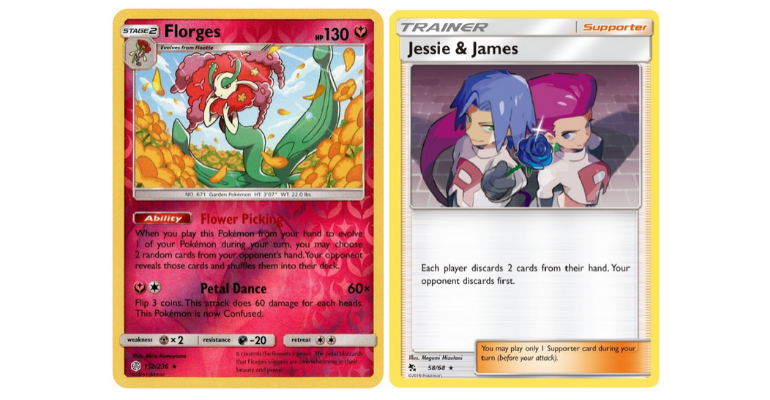 This becomes even more effective when you use Polteageist V in a deck with cards like Florges and Jessie & James, both of which also force your opponent to discard cards. Using these cards one after the other gives you the power to quickly derail your opponent’s gameplan.

The Teapot of Surprises ability forces your opponent to lose important cards from their hand every time they attack you. At the same time, you can counter-attack with Mind Bend, with the added bonus of confusing your opponent’s active Pokémon. Until the confusion effect is lifted, your opponent’s Pokémon will have to flip a coin every time it attempts an attack, giving it only a 50% chance of succeeding.

Even one missed attack can swing a game in your favour, making Polteageist V a sneaky weapon to keep in your arsenal!

On the surface, Polteageist V is not a particularly powerful VMax Pokémon. But that’s because its strengths lie elsewhere.

Polteageist V is meant to be a fun Pokémon to build around. An effective deck that includes Polteageist V should take full advantage of its under-handed mechanics, especially when it has a chance to throw a wrench into your opponent’s gameplan.

The additional booster packs in this set, three of which are from the newly released Sword & Shield era, also offer the chance to obtain some of the most powerful Pokémon cards yet released.

Let us know what you think of the Polteageist V Collection Box and as always, thanks for reading!