It may be summer, but the pond is still frozen with 2019-20 Upper Deck Ice! An annual favourite, this year’s edition is loaded with its trademark acetate cards and on-card autographs from the NHL’s biggest stars and rookies. If you’re getting cold feet about pre-ordering, allow us to break the ice and show you what exactly you can find in this super-cool set! 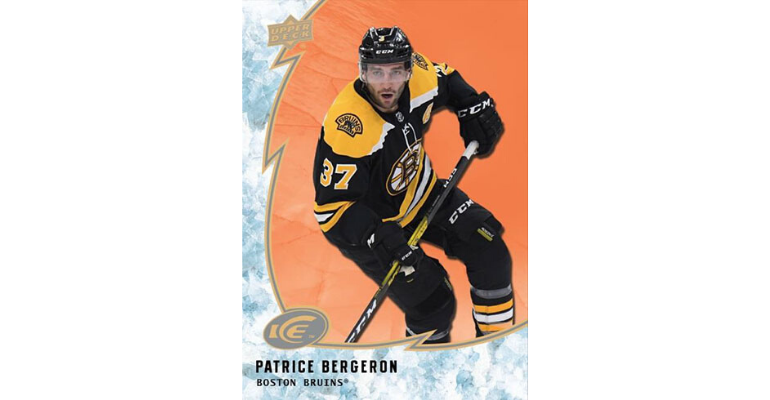 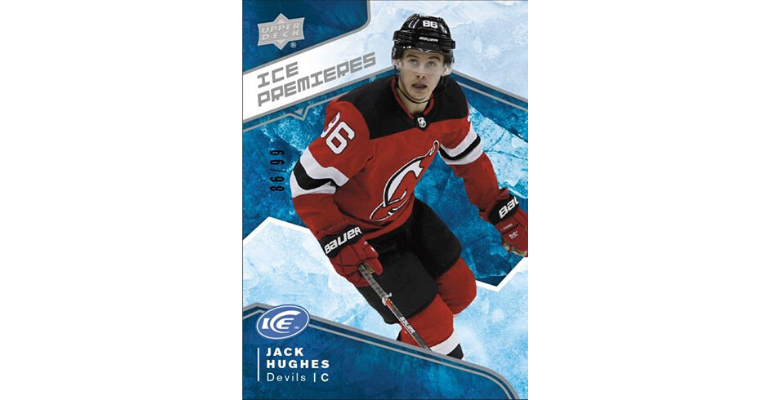 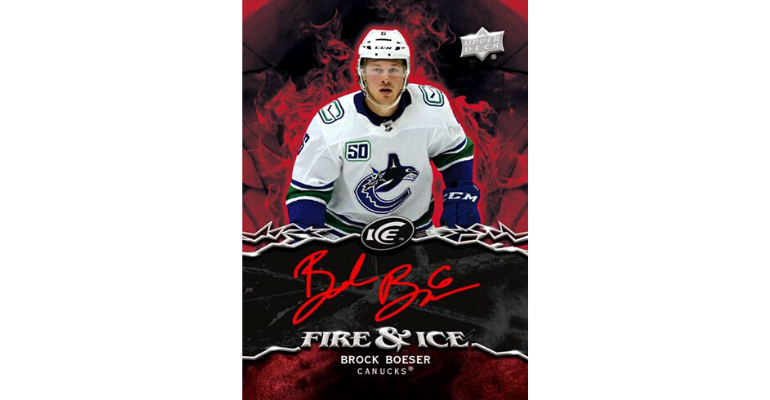 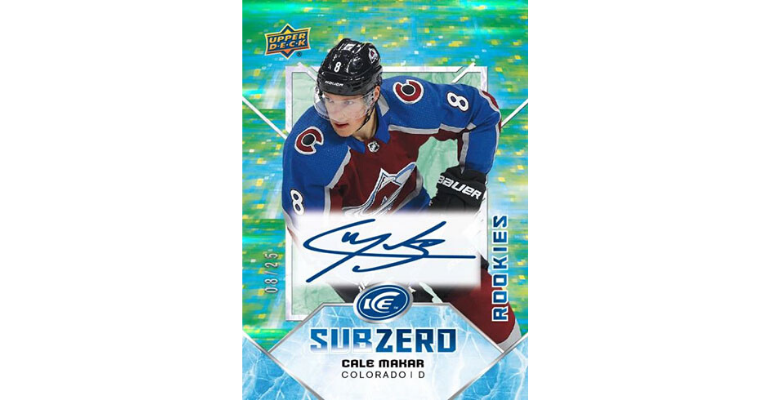 Sub Zero inserts land one per hobby box on average. Rookies are numbered out of 999, whereas the unnumbered veteran cards land at one per 20 boxes.There are Gold parallels (rookies /24 and vets /8) to find, as well as Rookie Variants which average at one per 240 packs.

Blue Autographs feature both Rookies (1:50) and NHL stars (1:360). The rookies switch things up with the Rookie Variant Green Autographs (/25).

Rookies aren’t the only ones to get love from Exquisite. NHL stars can be found in Exquisite Signatures and Exquisite Material Signatures, both with Gold (/5) and Black (1/1) parallels.

On average, a hobby box of 2019-20 Upper Deck Ice will contain one autograph, one memorabilia or Exquisite, one Sub Zero, five Green parallels, and two Ice Premieres Rookie cards. There are five cards per pack, five packs per hobby box, and 24 hobby boxes per case.

With a stacked checklist of acetate cards and on-card autographs, 2019-20 Upper Deck Ice is one of the hottest hockey releases of the year. So don’t just stand there frozen in place! Pre-order now before the opportunity slips away!

Okay, that’s it for the puns. We promise. Let us know what cards you’re hunting for in the comments, and thanks for reading!