Credentials is a brand-new set of hockey cards from Upper Deck. With cool new designs meant to emulate the live game experience, the 2019-20 edition comes out at the perfect time for fans waiting patiently for hockey to come back. 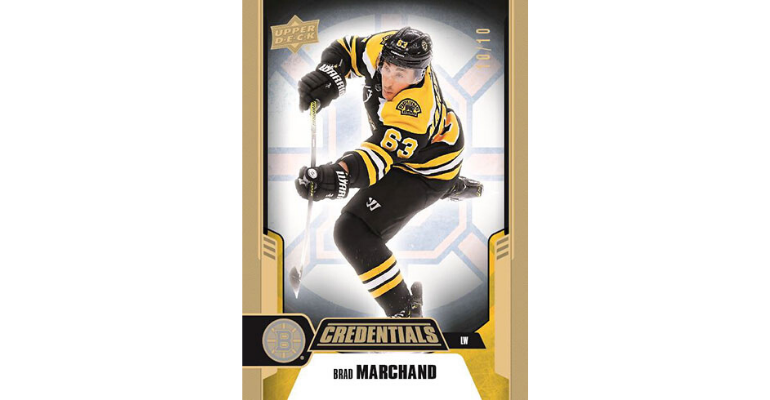 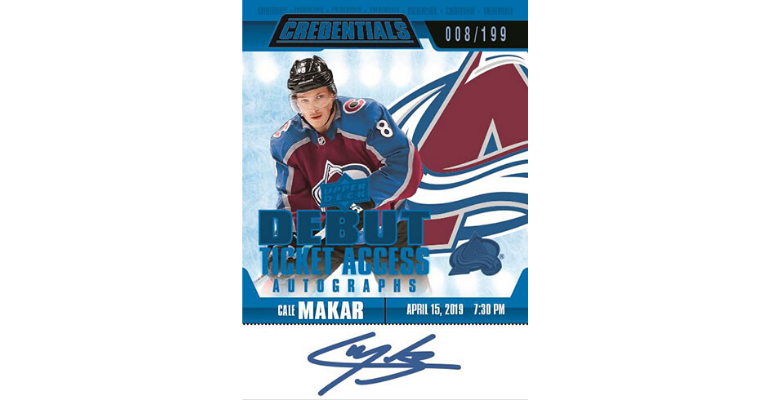 Ticket Access Autographs focus on veterans, and the base cards have different print runs depending on the player. They have parallels: Red (/10), Green (/5) and Gold (1/1). There are also acetate parallels (/199) and autograph acetate parallels available.

There are four Dual Ticket Access Autographs cards to collect, each with two players’ signatures on the card. Three cards have veteran pairings, but the fourth is a Quinn Hughes and Jack Hughes rookie pairing. Parallels for the set have very short prints: Red (/5), Green (/3) and Gold (1/1).

Rookie Science is an insert subset that evokes the spirit of all the scientific analysis involved in the game today. They’re not hard to find, running at 1:2 packs. Autograph versions are a bit trickier at 1:48 packs. 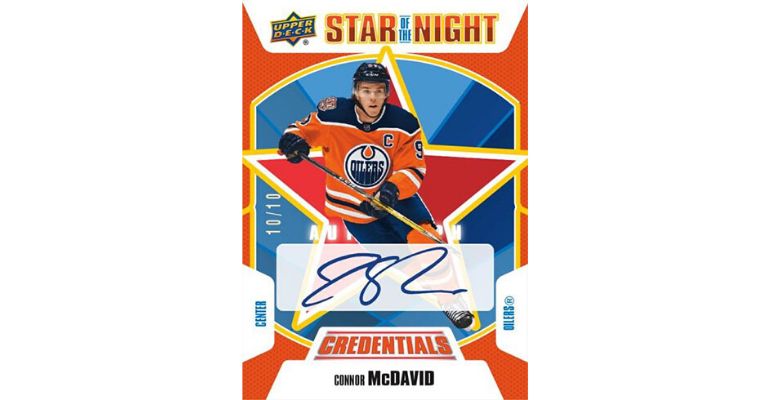 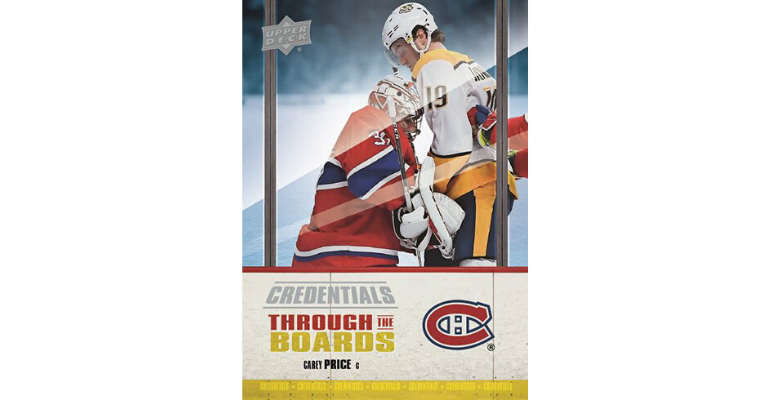 With its acetate stock cards, the Through the Boards insert set captures the feeling of sitting in the front row at the arena and seeing the action through the glass. Both the base cards and Young Bloods rookie cards are 1:53 packs. 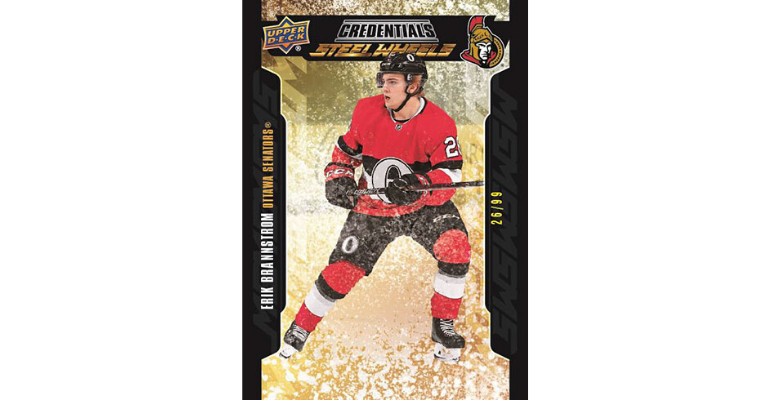 Steel Wheels evoke the glare of light off a player’s skate blades with its metal stock cards. This is another rookie-based insert set. Base cards are found at 1:16 packs and there are also Gold parallels to collect (/99). 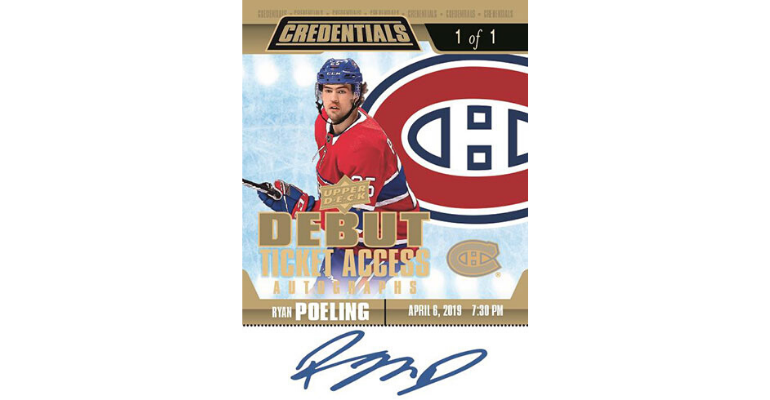 2019-20 Upper Deck Credentials releases on April 29, 2020. There are six cards in each pack, and eight packs in every box. On average, each box contains one autograph, one metal or acetate card, five Debut Ticket Access or parallel cards, and four additional inserts.

We know fans are eager for the hockey season to resume. Thankfully, 2019-20 Upper Deck Credentials is here to help tide us over until the players hit the ice. Loaded with rookie cards, parallels, and autographs to find, this new set gives collectors plenty to look for as they wait for the puck to drop. And with these phenomenal new card designs, we’re sure Credentials is a set that’ll earn itself a valued place in your collection.

Which new design from Credentials do you like the most? Let us know in the comments!