Be on your guard, Magic: The Gathering fans. Modern Horizons 2 spoiler season is rapidly approaching! 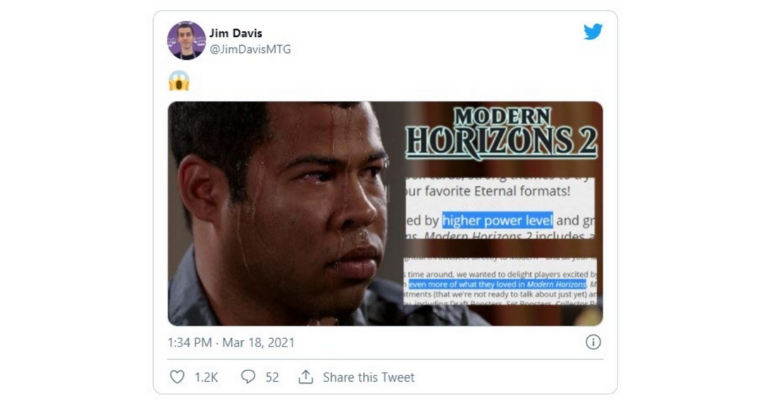 Both casual players and seasoned pros have expressed some form of concern over how the Modern landscape will look following the release of Modern Horizons 2. It’s already of a mix of opinions for sure, and for those new to the game, you may be wondering why this particular set provokes such excitement, anticipation, and apprehension. To answer that, we need to look at what happened when the first Modern Horizons set was released.

The Coming of Winter

Right from the beginning, the original Modern Horizons set was greeted with apprehension from fans of the Modern format. This was the first “direct to Modern” set ever released by Wizards of the Coast, forgoing the traditional route of releasing new cards in the Standard format, which would then automatically make them legal in the older, eternal formats.

But doing it this way freed Wizards of the Coast from its responsibility to ensure a card wouldn’t be too powerful for the Standard format. With Modern Horizons, they were able to create powerful cards right out of the gate, as the Modern format is better equipped to absorb these powerful cards into its already large and diverse fold.

Yet, even then they may have taken things a little too far… 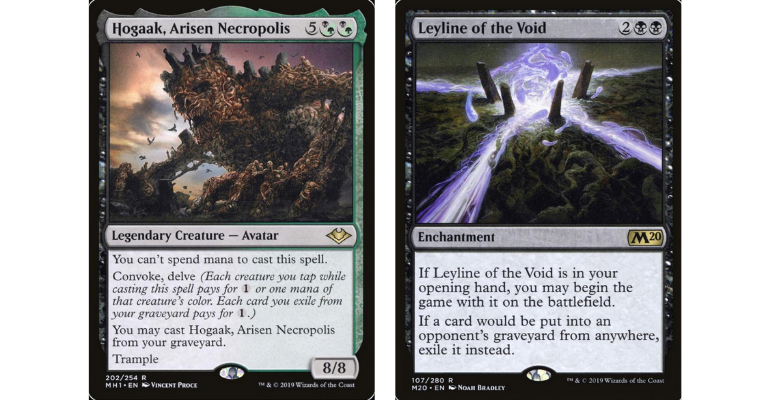 Hogaak, Arisen Necropolis rapidly became the most-played card in the Modern format. The popularity of Hogaak-based decks prompted a “Hogaak Winter” to descend on the Modern format, forcing other players to mainboard predominately only sideboard cards like Leyline of the Void, even if it wasn’t in their colour pie, just to have a chance of slowing the Hogaak decks down.

But even putting Leyline of the Void in main decks wasn’t enough to stop the popularity and efficiency of Hogaak decks, which prompted Wizards of the Coast to reluctantly ban their newly-released shiny monstrosity. Stating the following in their Banned & Restricted announcement on August 26th, 2019:

“Since the release of Modern Horizons, graveyard decks using Hogaak, Arisen Necropolis have had an enormous impact on the Modern metagame. After early signs of the metagame being unable to self-correct, such as players adopting large amounts of main-deck graveyard hate and the Hogaak deck still boasting high win rates, we restricted Bridge from Below to weaken the deck.

Since then, the results of Mythic Championship IV in Barcelona, several Grands Prix, and other tournaments have shown that Hogaak continues to have a high win rate and oppressive effect on the metagame. In looking at the evolution of the archetype over time and the variety of successful ways to build the deck, it’s clear that the card Hogaak, Arisen Necropolis is the crux of the problem. Therefore, Hogaak, Arisen Necropolis is banned.”

With the Hogaak Winter passing and the sun rising on a new day, the reshaped and redefined Modern format that we see now is one of the most interesting and most diverse that we have seen in years, with many archetypes receiving powerful and much needed boosts in power levels from cards contained in the Modern Horizons set.

What to Expect from Modern Horizons 2 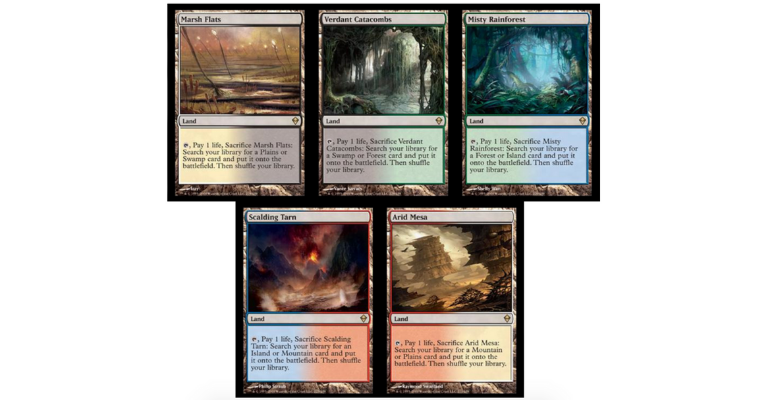 All that we know definitively so far is that Modern Horizons 2 is going to contain a much, much needed reprint of five of the Fetchlands, which are as follows: Arid Mesa, Marsh Flats, Misty Rainforest, Scalding Tarn, and Verdant Catacombs.

For the health of the Modern format, this was a wise move by Wizards of the Coasts, as the rarity and value of Fetchlands has prevented many players from enjoying the Modern format. Players often have to spend a lot of cash to acquire Fetchlands in order to make their decks competitive enough. By reprinting Fetchlands and making them easier for players to acquire, the better for all fans of the format.

That doesn’t mean that Fetchlands will lose value, of course. The original prints will still retain quite a bit of value for collectors, while the new reprints will come with high value due to their usefulness in the game. The demand for these cards alone assures that Modern Horizons 2 is likely to be an instant success.

Besides Fetchlands, Wizards of the Coast has been guarded about what else will be in the set. But if you’re curious and don’t mind spoiling the surprise, a few Google searches may find you some credible leaks! Despite Wizards of the Coast’s secrecy, we know that Modern Horizons 2 is sure to be loaded with much-desired reprints chosen especially for the Modern format, as well as the debut of many exciting new cards.

How will Modern Horizons 2 shape Magic: The Gathering when it hits the market? Will its powerful new cards elevate the format or break it yet again? Only time will tell, but the buzz is growing!

Despite the mixed reception of the first Modern Horizons set, it was a financial success by Wizards of the Coast and sold very well due to the intense demand for it. Modern Horizons 2, anticipated to dramatically alter the Modern format, is likely to follow in its predecessor’s footsteps by becoming both a financial hit and a controversial addition to the Magic: The Gathering landscape. Either way you look at it, it’s an exciting time for Magic players.

Are you looking forward to the release of Modern Horizons 2, or are you dreading the coming of another potential Hogaak Winter? Let us know in the comments, and as always, thanks for reading!