At last, we have come to the end of the Sword and Shield era of Pokémon cards. The upcoming set Silver Tempest will be the twelfth and final major release, as the franchise prepares to move on to the Scarlet and Violet setting. Sword and Shield, however, will not be retired quietly, as the era prepares to go out with a bang by offering over 190 exciting new cards that will have players and collectors rushing to stores.

As we anticipate its official November 11th release date, let’s take a look at some of the things Silver Tempest has in store for us. And if you’re a Lugia fan who has felt neglected throughout the Sword and Shield era, buckle up because your favourite Pokémon is finally getting some love! 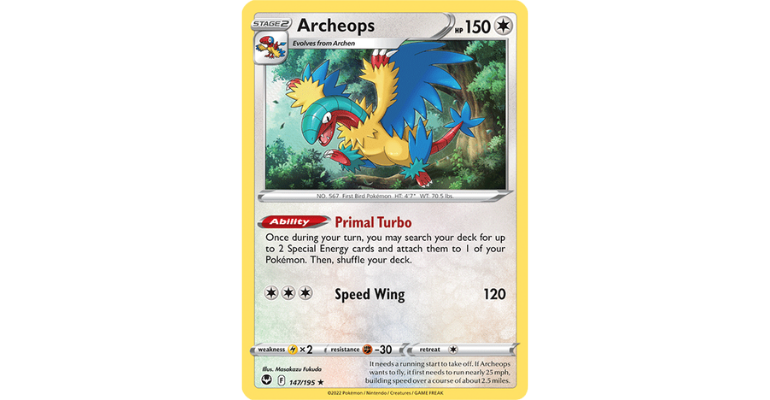 First, there will be over 190 new cards to make up the Silver Tempest set. So far, the only standard Pokémon card to be revealed has been Archeops, the Rock/Flying Fossil Pokémon, with its Primal Turbo ability that allows you to search for two energy cards in your deck. 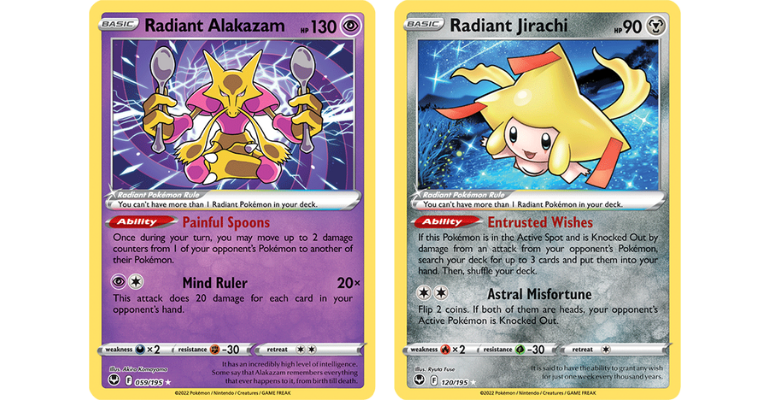 There will be three new Radiant Pokémon cards included in Silver Tempest: Alakazam, Jirachi, and Tsareena. The Alakazam and Jirachi cards have already been revealed, giving us a peek at how powerful they are. Radiant Alakazam in particular is getting a lot of attention because of its Painful Spoons ability, which allows you to shift two damage counters from one of your opponent’s Pokémon to another. And if you’re playing against someone who likes to hoard cards in their hands, Alakazam’s Mind Ruler attack does 20 damage for each card your opponent is holding. 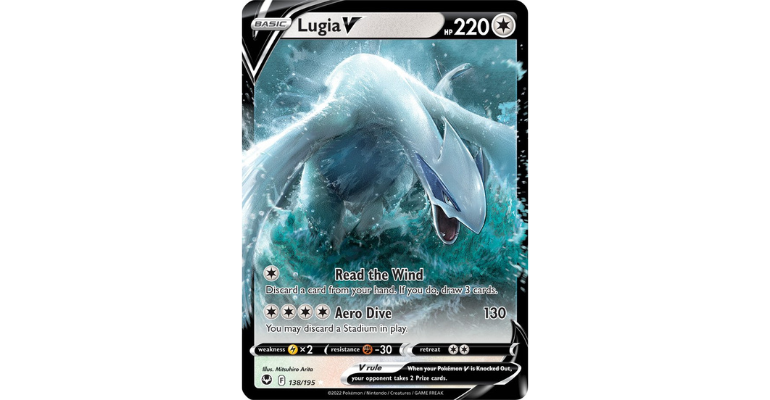 Next, there are fifteen Pokémon V cards to find in Silver Tempest. Eleven of the fifteen have been announced so far:

There are some very fun Pokémon on that list! Obviously, Ho-Oh and Lugia in particular stand out, as these Legendary Pokémon so often do. Lugia V’s Aero Dive not only does 130 damage, but also allows you to discard a Stadium card currently in play. Finally, if you think the art on its standard card looks good, its full art and alt art cards (which are expected to be the top cards to hunt for) are rumoured to look incredible! 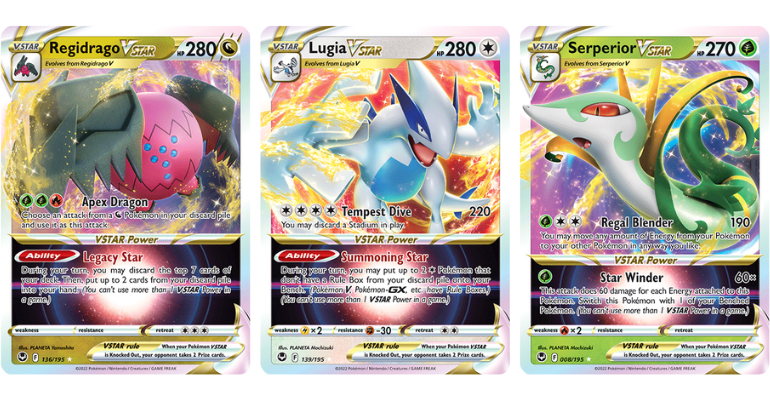 Six new Pokémon join the growing roster of Pokémon with the VSTAR mechanic:

Alolan Vulpix is one of the featured Pokémon in this set, so expect to see this popular Pokémon on a lot of Silver Tempest’s promotional material. Fan-favourite Unown is back with its own VSTAR card, and Sword and Shield’s own Legendary Pokémon Regidrago VSTAR has its Legacy Star ability will be super-helpful in a Pokémon battle, as it allows you to sacrifice the top seven cards of your deck in order to take any two cards from your discard pile. But Lugia once again steals the show with its VSTAR card, and you can expect Lugia VSTAR (as well as its rare alternate versions) to be very popular amongst collectors. We told you Lugia fans would love this set! 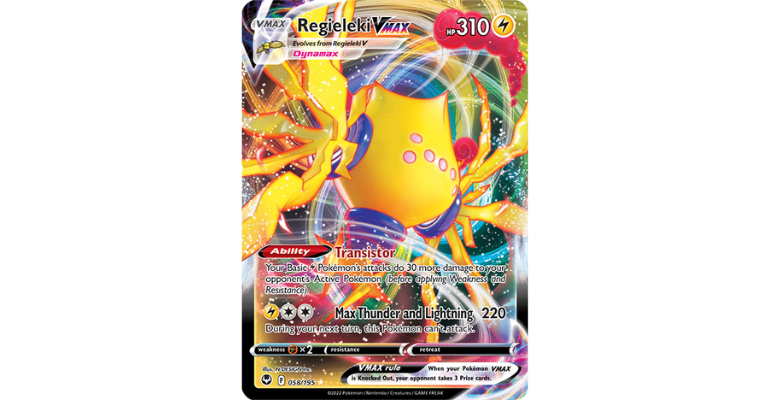 As for VMAX cards, there’s only one standard one in this set: Regieleki VMAX, with its supporting ability Transistor, which increases all of your basic electric Pokémon’s damage dealt by 30. But of course, there are some surprises in the set, so don’t be surprised if you find a few more VMAX Pokémon as you open packs. 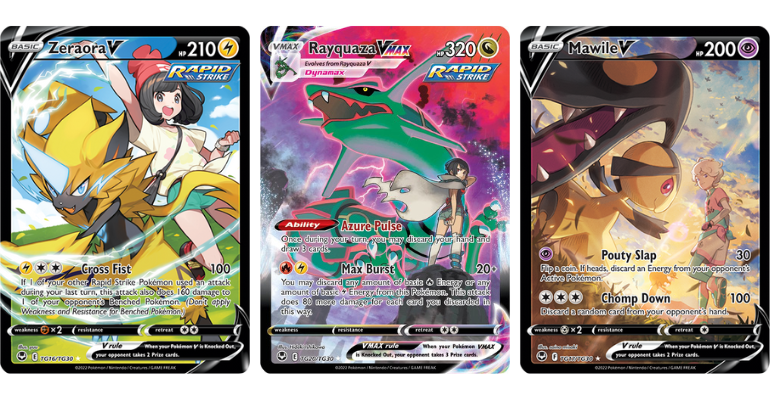 The popular Trainer Gallery subset featuring alternate art of Pokémon and the trainers gets a 30-card boost in Silver Tempest, and here is where you’ll find some of the most valuable cards in the set. Officially, only three Trainer Gallery cards have been announced: Mawile V, Zeraora V, and Rayquaza VMAX. Collectors will be crashing through doors to get the Rayquaza VMAX, as it was originally released a year ago in Japan, so it’s been a long wait for Pokémon fans on this side of the Pacific! 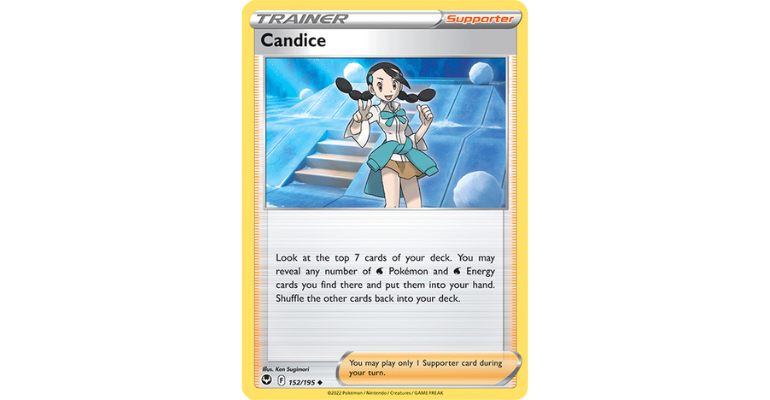 Of course, Pokémon cards are about more than just the Pokémon, and Silver Tempest features more than fifteen Trainer cards to help boost your deck. VSTAR powers will be included on Trainer cards for the first time and some cards will feature ancient artifacts, matching the theme of the rest of the set. While Candice is the only official reveal so far, popular characters Serena and Lance are also expected to have new Trainer cards in this set, so stay tuned. 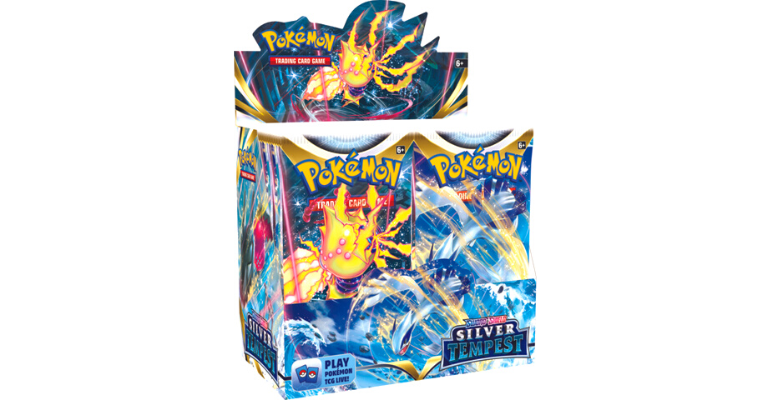 Silver Tempest ends the Sword and Shield era on a high note, as fans get ready to close the book on what has been an exciting few years for Pokémon. Zephyr Epic currently has the whole Silver Tempest line-up available for pre-order: Elite Trainer Boxes, booster boxes, booster bundles, and both the Manaphy and Togetic blister packs. Be sure you don’t miss out on this hurrah for Sword and Shield and order today!

What are you most looking forward to in Silver Tempest? Let us know in the comments and, as always, thanks for reading!