Pokémon’s 25th anniversary is here and, as promised, fans are receiving a vast array of new exciting cards and mechanics.

One of the most exciting new additions are the V-Union cards, which features a brand-new mechanic that is sure to shake up the way everyone plays Pokémon!

Pokémon V-Union cards are a new mechanic that will help you call on some of the most powerful Pokémon that the game has ever seen. Each V-Union Pokémon is composed of four separate cards that you need to “assemble” in order to place the Pokémon on your bench. Each V-Union Pokémon features a combination of powerful attacks/abilities, with at least one printed on each piece of the card.

As a bit of an added twist, to use your V-Union Pokémon you don’t simply try to get all four cards in your hand. You’ll need to find a way to have all four cards in your discard pile before you can use them. But this isn’t necessarily a bad thing. There are already many trainer cards that make you discard cards from your hand. With the V-Union cards, you can turn what is normally a drawback into a positive. You can “pitch” your V-Union cards while at the same time searching through your deck, finding the next V-Union cards you need to assemble the Pokémon. 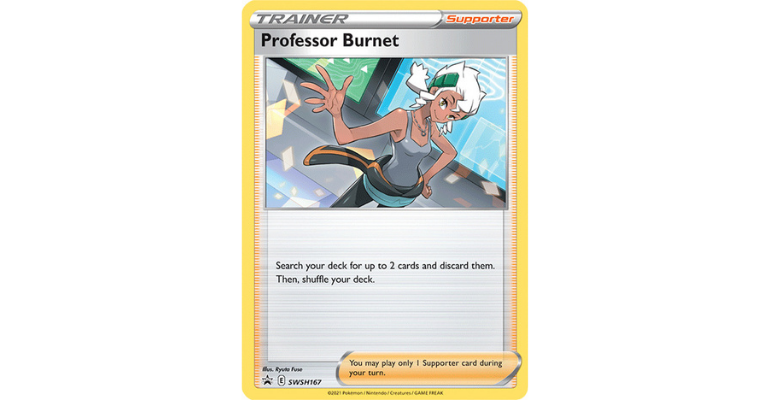 One card that will really help with this task is Professor Burnet, a card that is included in every Pokémon Special V-Union Collection box. Professor Burnet allows you to search your deck for up to two cards and discard them, meaning that this one card can specifically seek out two of your V-Union pieces and place them in your discard pile, getting you halfway there in one move.

If you are building a V-Union deck, you will probably want to include four copies of the Professor Burnet card to ensure you have enough to get your V-Union Pokémon on the board quickly.

Something to keep in mind is that each piece of a V-Union card has the same name, which means that you should only place one of each piece of the V-Union card in your deck. The rules state that you cannot have more than four copies of any one card in a deck.

Pokémon introduced with V-Union mechanic with three initial Pokémon, and they went with some big fan favourites: Mewtwo, Zacian, and Greninja. 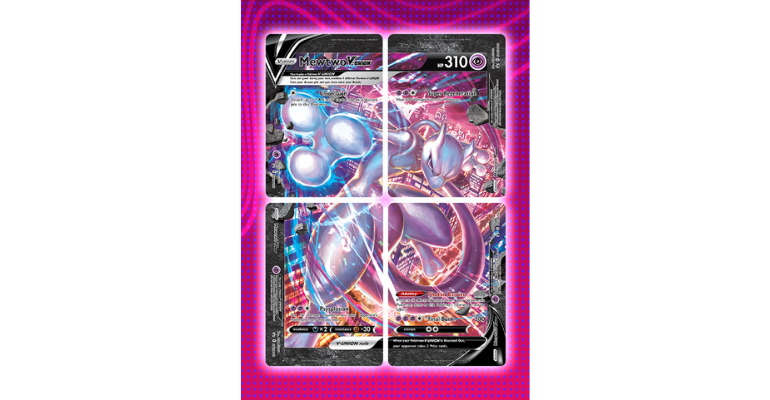 Mewtwo V-Union has 310 HP, four attacks and one ability. The attack Union Gain, which requires only one energy, allows you to attach two psychic energy cards from your discard pile to Mewtwo. This helps you load up Mewtwo fast to unleash his full arsenal in your next turn. Psyplosion allows you to place sixteen damage counters (160 damage total) on your opponent’s Pokémon in any order that you like, allowing you to snipe already weakened Pokémon hiding on your opponent’s bench. Final Burn simply does a whole lot of damage (300, to be exact!). And if things start to get dicey, Super Recovery allows you to heal 200 Damage done to Mewtwo, keeping it in the battle for longer.

As for abilities, Mewtwo’s lone ability is Photon Barrier, which protects Mewtwo from all non-damage effects from your opponent’s attacks. 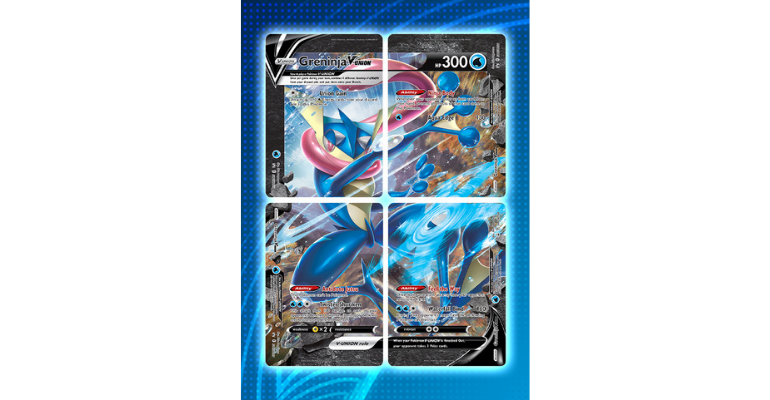 Next up is Greninja V-Union, which has 10 less HP than Mewtwo V-Union, but still an impressive 300HP. What makes Greninja V-Union stand out from Mewtwo and Zacian is the fact that it comes fully loaded with three abilities and four attacks. Ninja Body is a passive ability that protects Greninja V-Union from the opponent’s item cards, while Antidote Jutsu is another passive ability that protects it from Poison-type effects. Finally, the Feel the Way ability is an activated ability that can be used once per turn, forcing your opponent to reveal their hand to you. Use this and you can plan ahead to foil your opponent’s plans.

Greninja isn’t just loaded with abilities. It has four attacks to go with them. There is Union Gain, which allows you to attach two additional energy cards to Greninja. Aqua Edge does 130 damage for a mere one water energy cost. Twister Shuriken is a powerful area of effect attack that does 100 damage to each of your opponents benched Pokémon. And Waterfall Bind prevents your opponent’s active Pokémon from retreating while also doing 180 damage to it. 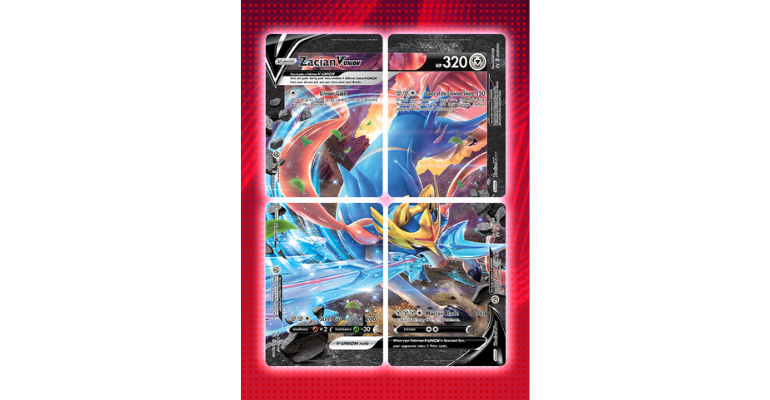 Zacian has 320 HP, the highest HP of the three V-Union Pokémon. It has no abilities, so instead, it’s loaded with four attacks to help it deal out a ton of damage on any Pokémon unfortunate enough to get in its way.

Like the other two V-Union Pokémon, Zacian V-Union has the Union Gain attack, allowing it to add two additional energy cards in one move.

Additionally, Zacian has Dance of the Crowned Sword, which does 150 Damage, but also reduces the damage your opponents Pokémon can do the next turn by 150 Damage. There’s Steel Cut, a three energy straight up attack that does an impressive 200 damage. And finally Master Blade, the most powerful of Zacian’s attacks. It does 340 damage in one hit! The catch is that the attack requires you to discard three energy from Zacian, meaning that you had best make the attack count. 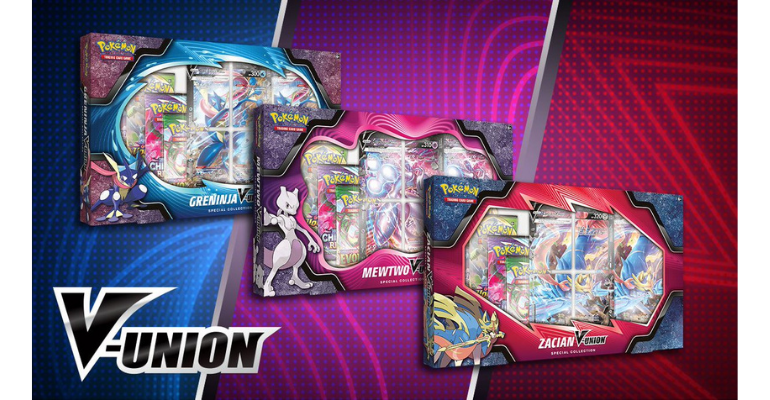 For now, each of the V-Union cards can be obtained exclusively by purchasing their specific Pokémon V-Union Collections. Soon Mewtwo, Zacian, and Greninja will be joined by a special Pikachu V-Union collection as part of the coveted Celebrations set!

Are you excited about the new V-Union mechanic? Be sure to make your voice heard in the comments.

As always, thanks for reading and until next time, game on!