To anyone who has enjoyed the Pokémon Trading Card Game over the course of the last year, it should come as no surprise that 2021 is largely considered to be a dark period for veteran collectors of the game. Red-hot demand leading to empty shelves everywhere turned what is normally a fun experience into a headache.

At the same time, 2021 was also the moment when the Pokémon TCG re-entered the mainstream consciousness like it hadn’t in decades. The dramatic rise in card values helped the game secure its place in the “big leagues” of the collectible hobbies alongside high-end sports cards and other top-tier collectibles. 2021 showed that Pokémon was no longer “just for kids” as 90s kids—now adults with money to spend—re-discovered the game that mattered so much to them when they were younger.

Thus began the “Great Pokémon Boom of 2021”: a perfect storm featuring monumental fan interest and a tragic lack of supply from a Pokémon Company that was caught completely by surprise by the spike in demand. All of which combined to result in a massive price explosion in not only single cards, but also sealed Pokémon products.

Sealed Product Evaporates Off the Market 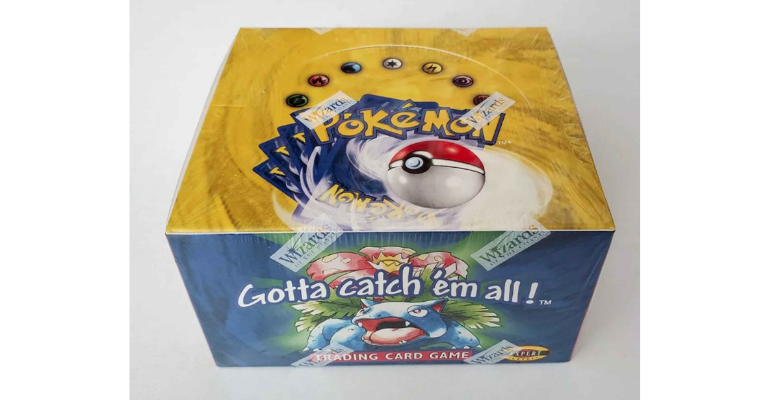 The Pokémon boom began in the last quarter of 2020. Logan Paul, a popular YouTube personality, posted a video where he opened up a sealed booster box of the very first edition of Pokémon cards. The video showed how much fun it was to open packs of Pokémon cards, especially given the value of the original set. If you’re not familiar with Logan Paul, his videos have enormous reach to a massive online audience, and this video—now seen over 12 million times—ignited a hunger for Pokémon cards that’s never been seen before.

Old sealed Pokémon TCG products, some of which had been stagnant for years, suddenly flew off the shelves. New collectors who hadn’t thought of Pokémon cards since they were kids felt the nostalgic itch, and with the pandemic limiting what people could spend their money on, Pokémon cards became an attractive option. 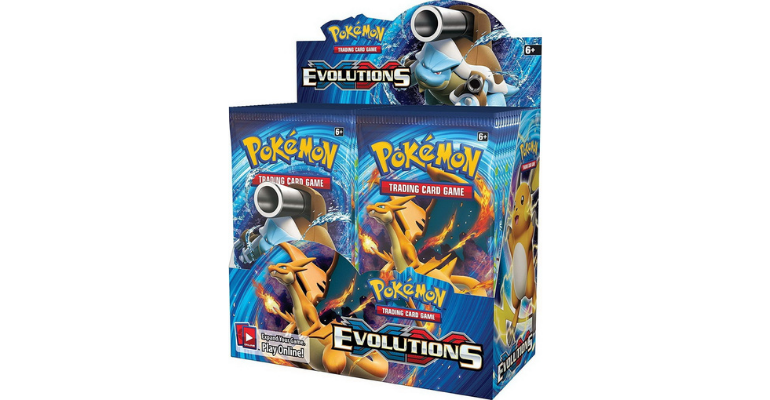 The demand was overwhelming and in a matter of months any old sealed product at a decent price was gone. One of the sets that received attention early on was XY Evolutions, a throwback set inspired by the very first Pokémon cards. For those who could not afford to buy any sealed Base Set 1 products (which was almost everybody), this was the next best thing. For a long time, Evolutions XY cards were not considered particularly valuable, but this newfound sentimental thirst for OG Pokémon pushed Evolutions XY products to staggeringly-high prices. It didn’t take long for these once-affordable booster boxes to hit $1000 each on secondary markets.

Once the hype for Evolutions XY products peaked, collectors turned to other sets to get their fix. Throughout 2021, any old product was bought up quickly and every new release sold out not long after its debut. Collectors stalked retail and hobby stores, hoping to get their hands on anything that hit shelves after a restock. It got so bad that Target stopped selling Pokémon cards in-store in order to prevent collectors from getting into fights with each other.

The Pokémon Company seemingly had no idea that interest in their product was going to hit a fever pitch like this and did not seem ready for a huge surge in new customers. When new releases hit the shelves, there just wasn’t enough product for everyone, causing a lot of frustration for collectors and stores alike. While it was fun to see card values rise, the high demand presented a barrier to anyone interested in getting into the hobby, especially kids who could only afford the now-scarce affordable items, like booster packs and blister packs. And if kids don’t get into the hobby now, they won’t be interested in rediscovering it down the road. Something needed to be done to protect the long-term future of Pokémon cards. 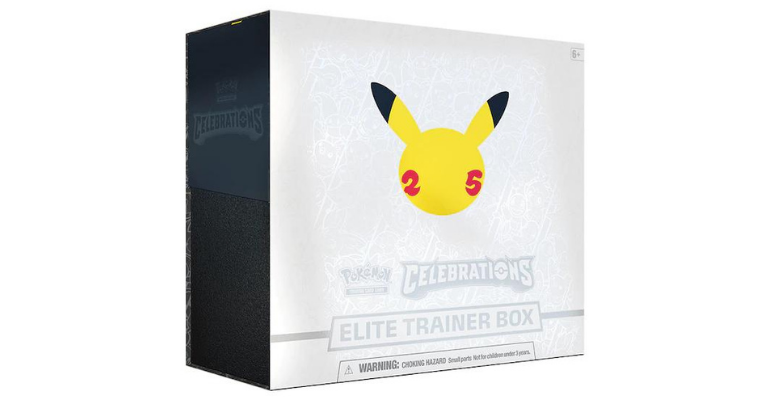 Fortunately, as 2021 drew to a close, it appeared that the Pokémon Company had come through on their promise to increase product availability, resulting in products lasting on shelves for the first time in a year. This became especially apparent after the release of the special edition Celebrations set that came out in October to honour the 25th anniversary of the Pokémon franchise. Demand for the set and its large variety of products was high, but the Pokémon Company matched that demand by greatly increasing their production and ensuring that there were plenty of restocks available for stores. While there were one or two items that were limited releases and thus scooped up quickly, the main result was a set of Pokémon cards that were fun to open and much easier to find.

Reprints and restocks have also helped recent sets like Shining Fates, Battle Styles, Fusion Strike, and Chilling Reign stay at relatively affordable prices. This is great news for collectors who can once again find the products they want after the release date. At the same time, it is great for stores, as sellers can now count on having a variety of Pokémon products on-hand to offer their customers.

2022 is going to be a great year for Pokémon collectors as normalcy continues to return to the hobby with an influx of new sets being released. This significant increase in production is hopefully going to make the shortages of 2021 a distant memory and the potential return to competitive in-person tournaments means that players will soon be able to actually use the new cards they’ve been collecting for the past two years. Make sure you’re loaded up and ready to go by checking out the great Pokémon products we’ve got in stock!

What’s got you excited about 2022? Let us know in the comments and, as always, thanks for reading!