We are rapidly approaching the release of Magic: The Gathering’s 91st expansion set. Kamigawa: Neon Dynasty will take Magic fans back to a plane that hasn’t been visited in almost seventeen years!

Kamigawa is a plane heavily influenced by Japanese culture. The original set was not initially well-received and was considered to be fairly underpowered during its time in the Standard format.

Yet, as the years have passed, Kamigawa became a fan favorite due to its unique mechanics, interesting lore, and beautiful artwork.In addition, many of the cards that were released in the original Kamigawa block have grown in popularity in the Commander format and can be found in many powerful deck builds.

Spoilers have already revealed that Kamigawa: Neon Dynasty should not have the same initial struggles. We have already seen some stunningly broken cards, one of which we’ve chosen to highlight in this article.

Boseiju, Who Endures: One of the Most Powerful Lands Ever Printed

Although Kamigawa: Neon Dynasty already seems to be loaded with powerful cards, there is one card above all others that has taken players’ breath away: 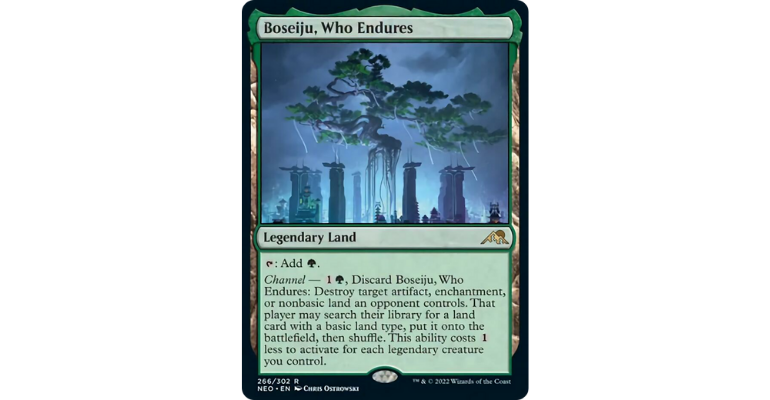 This is a truly stunning card. Boseiju, Who Endures is one of the most powerful land cards ever printed in Magic: The Gathering’s history and it is an automatic inclusion in any mono green Commander deck. It immediately ranks alongside the best land cards, like Tolarian Academy, Strip Mine, and Cavern of Souls. What makes Boseiju so valuable is that it will likely be useful in every single format, including Modern, Legacy, Standard, and Commander.

Interestingly, this land enters the battlefield untapped when played, meaning you can tap it and use it for mana immediately without exception. Its floor is essentially a basic forest, so that is what it is going to replace when building your deck. 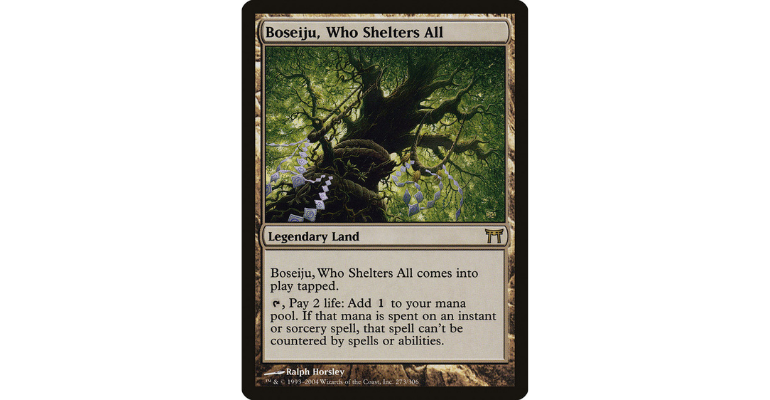 This is very odd for such a powerful land card. These types of cards would usually enter the battlefield tapped, such as the previous version of Besiju, which was incredibly powerful as well.

With the “Channel” mechanic, because it is listed as an ability and not a casting cost, this means that when used for its removal ability, it cannot be countered, nor can someone strip it from your hand with disruption cards such as Thoughtseize. This Channel ability allows the player to overcome the card’s one small drawback, which is that it’s a Legendary land card. That means that only one Boseiju, Who Endures card can be in play for you at a time on the battlefield. But because the card has Channel, this allows the player to use additional copies of Boseiju, Who Endures in your hand as either a one mana or two mana removal spell! 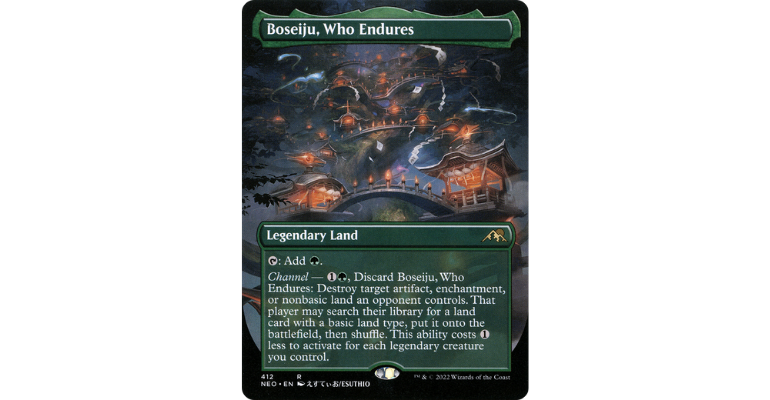 Undoubtedly this has to be one of the strongest lands ever printed for Magic: The Gathering and we fully expect to see this card immediately represented across all formats, especially in every green Commander deck that can afford one.

The only true drawback to this card is that it is so valuable, which means trying to buy the card on the secondary market will be expensive. And the longer it goes without a reprint, the higher the price is likely to go. 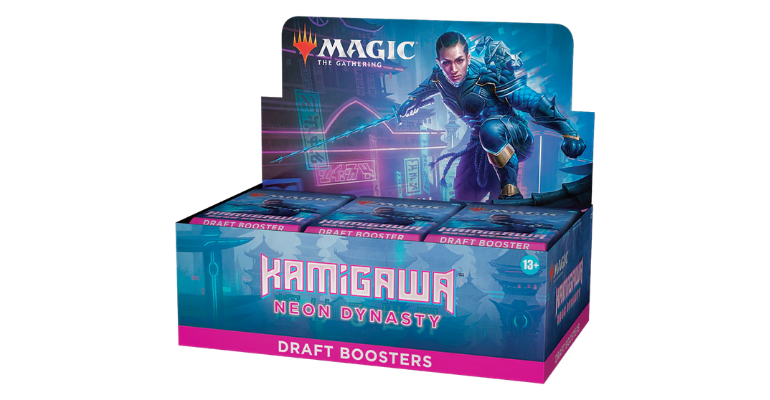 Excitement for Kamigawa: Neon Dynasty is building and with spoilers for cards like Boseiju, Who Endures coming out, that excitement will only continue to grow!

While Boseiju, Who Endures may be the highlight of the set, it looks like Kamigawa: Neon Dynasty will be filled with countless gems, including some truly great and powerful commanders. We fully expect this set to be fondly remembered for years to come!

Let us know in the comment section below what you think of Boseiju, Who Endures. Is it too strong? Just right? Utterly broken?

As always, thanks for reading!