We are rapidly approaching the release of Evolving Skies, the next expansion set of Pokémon’s Sword & Shield era. Although the full checklist for Evolving Skies has not yet been revealed, some interesting tidbits have already leaked, and we are excited to dig into those today! 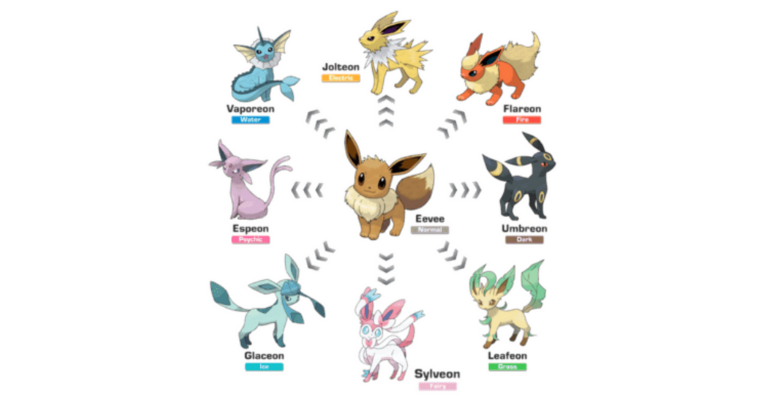 Headlining the Evolving Skies set are the “Eeveelutions” (Eevee and all of its various evolutions), which include the following Pokémon:

Each one of these Eeveelutions is a unique type and thus has different strengths and weaknesses. Their powers will be fully unleashed, as each Eeveelution will have a V type and VMAX version in this set. Ever since the initial Pokémon release, Eevee has remained one of the most popular Pokémon in the series, so collectors are drooling over the possibility of collecting all these Eeveelution cards. 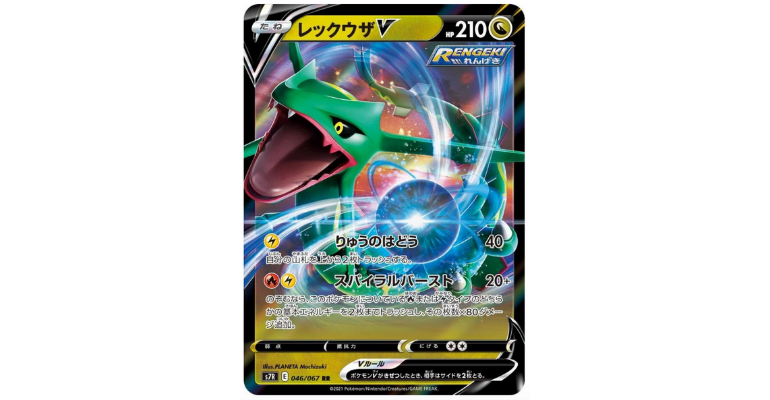 However, even though Eevee and its various evolutions are one of the biggest draws of the set, there’s lots more to be excited about. For the first time in the Sword & Shield era of Pokémon cards, Dragon-type Pokémon are making an appearance. These include the powerful Rayquaza and Duraludon, both of whom will have V and VMAX cards.

Players will be excited about this debut, as Dragon-type Pokémon have been part of some of the strongest decks in Pokémon’s history. They can be tricky to use, as they often require multiple kinds of energy cards to power them up, but those who master the Dragon-types believe the cost is worth it to unleash their awesome abilities! In addition, Dragon-type Pokémon don’t usually have weaknesses to any other types, a strength that appears to continue in Evolving Skies. 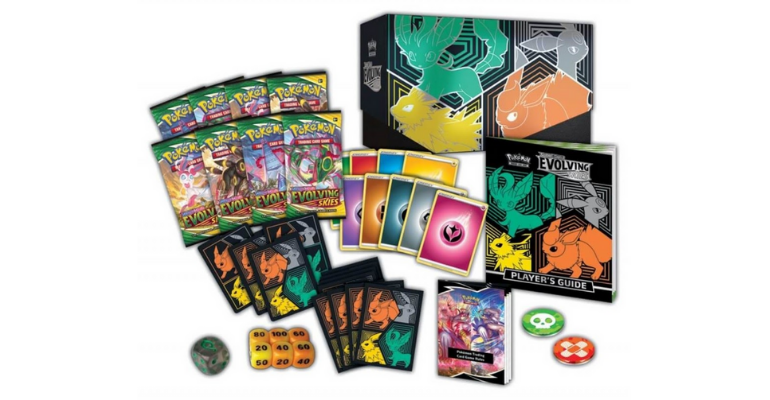 Spoilers for Evolving Skies’ packaging art has leaked, including such items as the Elite Trainer Box, Booster Box and Booster Packs. As you can see, there are some fun homages to previous sets, as well as stunning new art depicting the Pokémon everyone is going to want in this set.

The Elite Trainer Box, which has become one of the most sought-after products in the rapidly-growing “sealed collectors” market, showcases a few of the most popular Eeveelutions: Leafeon, Jolteon, Flareon and Umbreon. As usual, similar artwork is featured on the cards sleeves and deck dividers contained within, as well as on the set’s official Player’s Guide. 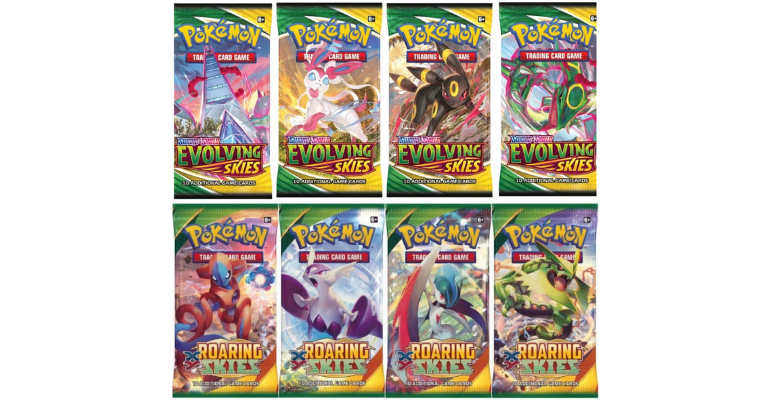 Meanwhile, the booster packs feature a very similar design to one of the most popular Pokémon sets ever created: Roaring Skies. An expansion from the Pokémon XY era, Roaring Skies was so popular that the Pokémon Company had to do an emergency reprint of the set, just to meet demand. As you can see, Pokémon has designed the Evolving Skies logo to closely match the Roaring Skies logo, implying that this new set should be as exciting and popular as the original one was. Chances are it will be! 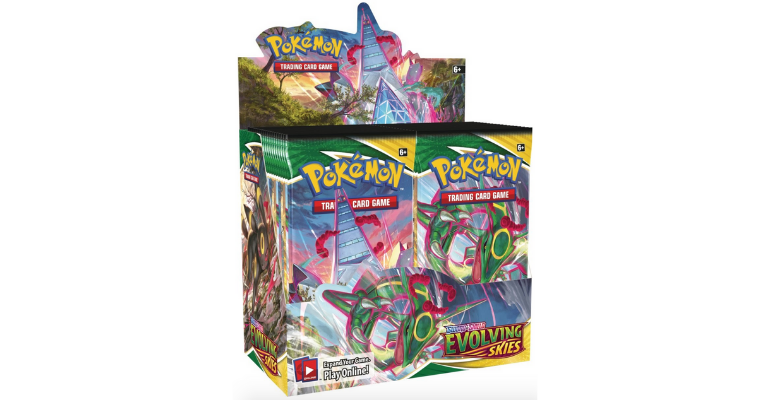 To showcase the big features of the set, the Booster Packs will feature two Eeveelutions—Umbreon and Sylveon—as well as two Dragon-types: Raqquaza and Duraludon. The Booster Box features the same artwork to get fans hyped about the powerful Pokémon hidden inside.

We have no doubt that Evolving Skies is going to be popular for both Pokémon players and collectors. So far, we know that the set will contain a total of 15 Pokémon VMAX, 18 Pokémon V, 33 full art Pokémon V, 24 Trainer cards, five full art Supporter cards, and an all-new Special Energy card. As we get closer to the Evolving Skies’ release, expect to be treated to more spoilers of the powerful new cards included in the set, including some of the highly sought-after Secret Rares!

Until then, thanks for reading and let us know in the comment section below about what has you most excited about Evolving Skies: the Eeveelutions or the Dragon-types?