Magic: The Gathering’s 86th expansion set is scheduled to release on February 5th 2021 and fans of the game are eagerly awaiting its release. Fortunately, we are now entering into one of the most exciting times leading up to every new Magic set: spoiler season! Although spoilers season for the Kaldheim set have only just begun to trickle out, there are a number of things that we already know. 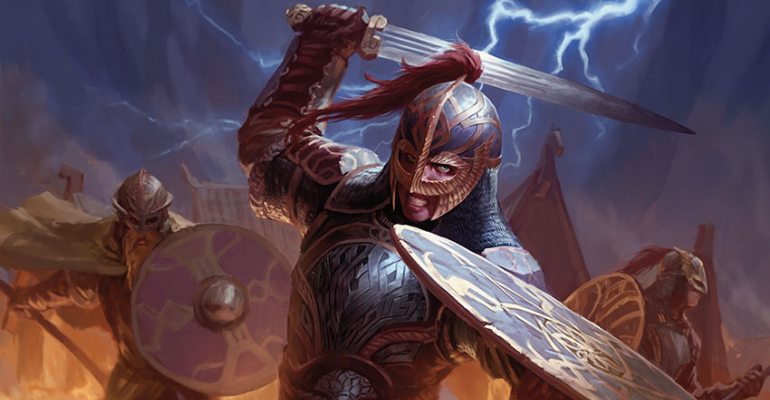 Kaldheim is a brand new Magic: The Gathering plane, which is an exciting change of pace from Wizards of the Coast’s recent “play it safe” approach. From what we know of it already, it could quickly become one of the most beloved planes of all time.

The official description reads: “A world of many realms, epic sagas, bound by one truth. Viking or Valkyrie, Elf or Dwarf, all belong to the World Tree, all are supplicant to the gods. Gods who travel between the realms to do their bidding for peace, for bloodshed, or for their own amusement. But what if there was a way to harness this power? A weapon with the ability to protect all. A weapon of pure strength. Forged for a god. Or, in more creative hands, a weapon of unimaginable chaos.”

Kaldheim is a plane inspired by Norse mythology and the set will lean heavily on Viking tropes. This will undoubtedly lead to some interesting new Legendary creatures and game mechanics. 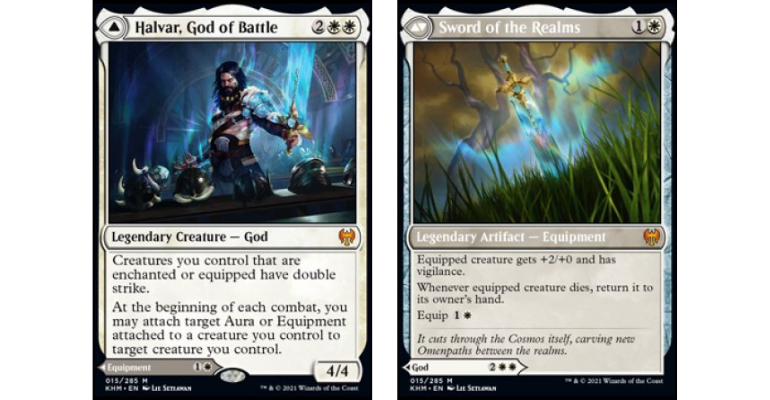 Norse mythology features a pantheon of fearsome gods, heroic characters, and epic weaponry, all of which will likely appear in some way in the Kaldheim set.

One of the first cards to be spoiled is Halvar, God of Battle. This card will be one of the chase Mythic cards from the set and is the first example that we have seen of the “god cycle” mechanic that will be featured in Kaldheim. Halvar, God of Battle is a flip card that can either enter in as a Legendary Creature, or as a Legendary Artifact – Equipment in its Sword of the Realms form. This ability is the first of its kind in Magic: The Gathering. What truly makes it great is the fact that it gets around the dreaded “Legendary flood,” a scenario in which a player draws multiples of the same Legendary creature and thus can only play one of them. Halvar, God of Battle easily avoids this problem, as you can simply play the equipment side of the card if the creature is already on the battlefield or vice versa. 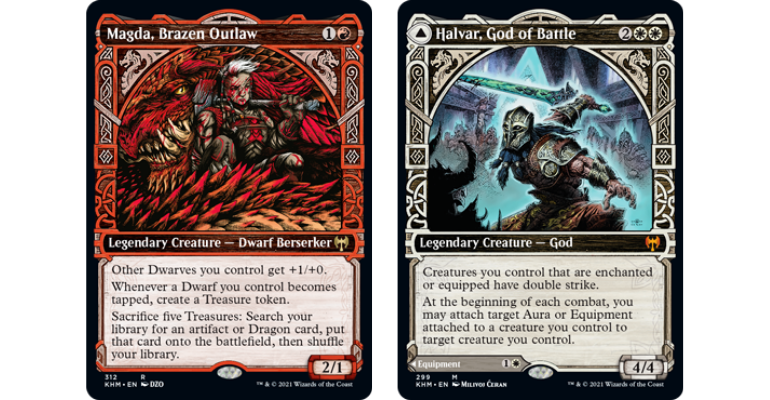 Showcase versions of cards, as introduced in the Throne of Eldraine set, will be present in Kaldheim. The unique border of these Kaldheim Showcase cards look fantastic and Magic fans are already looking forward to collecting them. 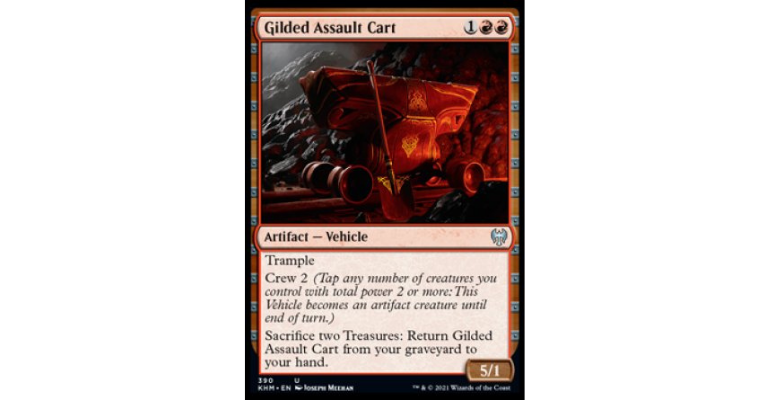 Vehicles will be making a return in the Kaldheim set, with one already being spoiled. Gilded Assault Cart is the only vehicle that we know of yet, but you can rest assured that other vehicles (longboats, perhaps?) will show up in Kaldheim. After all, how can you have a Viking-inspired set without longboats?

The Planeswalkers of Kaldheim 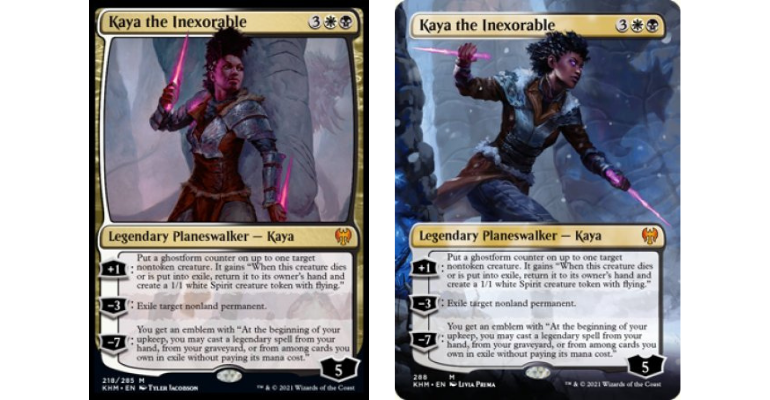 Planeswalkers will find themselves at the centre of the Kaldheim storyline. Thus far, we know of one Planeswalker that is definitely going to be making an appearance in Kaldheim: Kaya. Appearing in her native Orzhov colors of Black/White, Kaya the Inexorable made her first appearance in the Conspiracy set and is a legendary hunter of spirits and mythical creatures. This is a strong hint for what kind of creatures we can expect to see in Kaldheim.

Although Kaya is the only Planeswalker announced thus far, Wizards of the Coast has indicated that brand new Planeswalkers will also appear alongside some returning favourites, so expect many more to be revealed in the coming days.

Magic: The Gathering is entering 2021 with the wind strongly at its back. Wizards of the Coast has indicated that 2020 was one of its most successful years ever, with Magic: The Gathering experiencing record breaking numbers. Kaldheim is sure to be another success with its Viking-focused theme.

We can’t wait to see what spoilers are released in the coming days. And Zephyr Epic will be offering pre-orders for Kaldheim soon, so make sure you subscribe to our e-newsletter and social media (Instagram, Facebook, Twitter) for the official announcement! In the meantime, we’d love to hear what you think of the upcoming Kaldheim set in the comment section below. Do you love it or hate it so far?

As always, thanks for reading and until next time, stay safe!